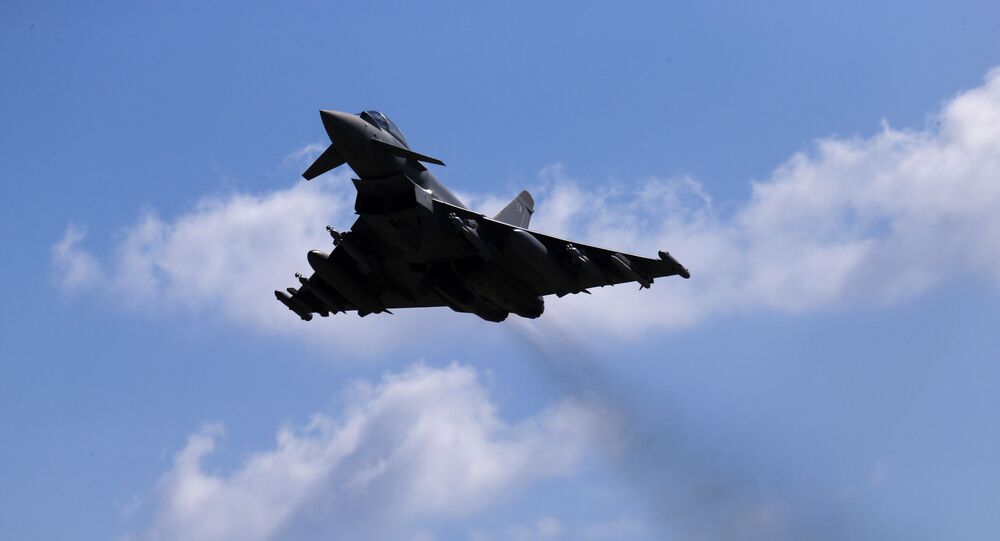 On Friday, Sergei Rudskoy, chief of the Russian General Staff's Main Operational Directorate, said that in 2020, the number of foreign reconnaissance flights in the Black Sea region has increased by 40 percent compared to last year.

The Times has cited an unnamed senior intelligence source as saying that the information obtained from patrols by RAF fighter jets and Royal Navy warships near Russia’s borders would help UK Defence Ministry experts to identify Moscow’s vulnerabilities and “seek to exploit them”.

The newspaper referred to 28 British warplanes, including Typhoon fighters, that have been sent to “Russia’s borders on the Black Sea and off the coast of the Kola Peninsula in the Arctic since the last week of August”, in what The Times described as “an unprecedented operation to put Moscow’s military on the defensive”.

Defence Secretary Ben Wallace was cited by the news outlet as saying that the Arctic patrols’ goal was to preserve “freedom of navigation” and that the UK had “a responsibility to support our Arctic allies such as Norway to preserve the security and stability of the region”.

“The RAF has a wide variety of cutting-edge capabilities to obtain vital intelligence across the globe. We do not comment on speculation about such operations”, Wallace added.

The statement came as Col. Gen. Sergei Rudskoy, head of the Russian General Staff's Main Operational Directorate, said on Friday that this year, foreign spy planes were appearing over the Black Sea 40 percent more often than the year before, with the intensity of foreign aerial reconnaissance near the Crimean Peninsula increasing by 61 percent.

Earlier this month, Russia’s National Defence Control Centre (NDCC) said that an Su-27 fighter was scrambled to intercept US and UK military aircraft over the Black Sea as they were getting closer to the Russian border.

© Sputnik / Sergey Pivovarov
An Su-27 airplane during demonstration performances at the exhibition of weapons and military equipment in Rostov-on-Don.

The intercept was the latest in an increasing series of such incidents that have taken place along Russia's maritime borders over the past few months.

The Russian Defence Ministry has repeatedly warned that the frequency of foreign surveillance flights poses a risk of accidental escalation, while US officials have accused Russian fighter pilots of engaging in “unsafe and unprofessional” interceptions. The Russian military underlines that all of its flights are carried out in accordance with international law.

© Photo : Press-service of Ukrainian President
Russia's Su-27 Scrambled to Intercept US Reconnaissance Plane Over Black Sea - Military
In a separate development this month, the NDCC told reporters that Russia’s Black Sea Fleet had begun tracking the movements of the UK Royal Navy’s HMS Enterprise and the US Navy's USNS Yuma, which entered the Black Sea on Wednesday.

On 5 September, Russian Defence Minister Sergei Shoigu underscored that for the first time since the Cold War, a flotilla of NATO warships had been deployed in the Barents Sea. Shoigu said that Moscow is concerned over NATO’s push to show force by increasing the alliance’s intelligence activities near Russia's borders.