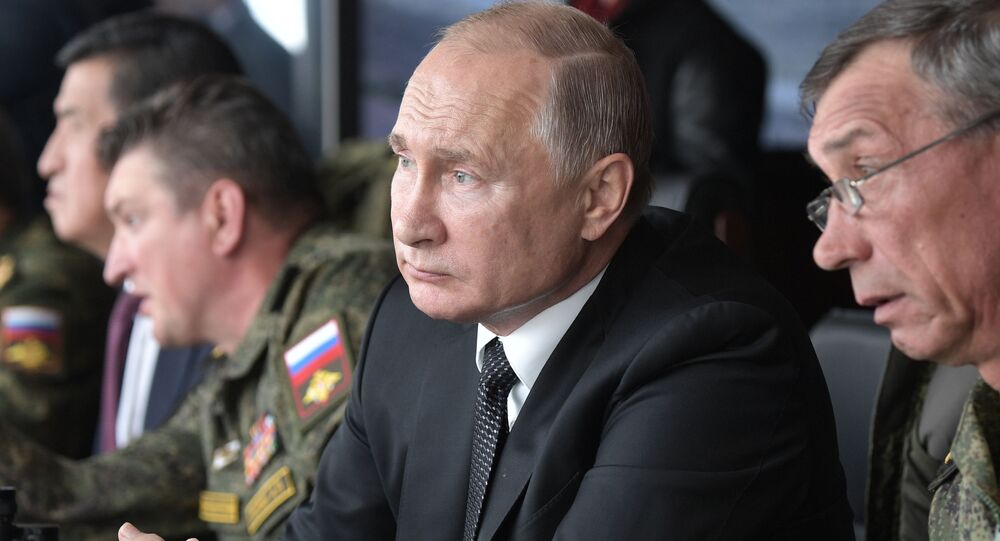 The people working in the Russian military industry today have worthily built on the work of those who came before them, and produced new weapons some of which remain unmatched anywhere in the world, Russian President Vladimir Putin has said.

“The current generation of Russian defence industry workers continue the work of their predecessors with dignity, and produce truly unique weapons which today are ahead of foreign counterparts,” Putin said, speaking at a meeting Russia’s Military-Industrial Commission on Friday, on the eve of Defence Industry Workers Day professional holiday.

“In some cases, our weapons have no analogues in the world in a number of characteristics. This has become quite obvious,” the president added.

© Photo : Russian Defence Ministry
Russian Foreign Ministry Reveals How US Helped Push Moscow to Create Hypersonic Weapons
The share of civilian products by Russia’s defence enterprises grew from 21 percent in 2018 to about 24 percent in 2020. The state has tasked the military-industrial complex with a target of 30 percent high-tech civilian market goods by 2025, and 50 percent by 2030.

Putin also commented on the need to maintain fair competition in the field of military procurement, emphasizing that foreign producers should not be given with any special treatment when it comes to the state defence order.

“Of course, it’s clear that competition must be respected. But it must be observed between both our producers, and foreign ones. Foreign producers should not be given any advantageous conditions, as unfortunately still happens in our markets,” the president said.