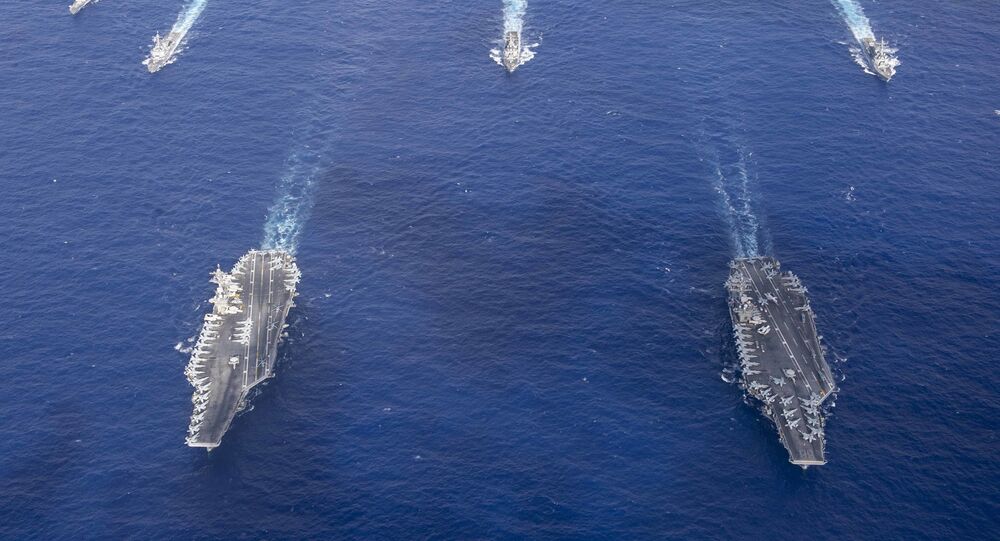 On Wednesday, US Secretary of Defense Mark Esper said that while China’s navy is larger than the US Navy, that does not make it superior. However, he also promised to increase the US fleet size past 355 ships, an already-ambitious goal set in 2016.

The People’s Liberation Army Navy (PLAN) may be 10 ships larger than the US Navy and continuing to grow, but the Pentagon chief doesn’t seem too concerned. Esper said at an event hosted by the RAND Corporation earlier this week that the US Navy is still top dog. However, he also called for increasing the Navy’s size even further past its 355-ship goal. The US Navy has just 293 ships at present.

“I want to make clear that China cannot match the United States when it comes to naval power,” Esper said on Wednesday.

“Even if we stopped building new ships, it would take the [People’s Republic of China] years to close the gap when it comes to our capability on the high seas,” he continued. “Ship numbers are important, but they don’t tell the whole story. They do not address the types of ships and the capabilities of the vessels being counted; the skill of the crews that operate them; the prowess of the officers that lead them; or the ways in which we fight and sustain them, just to name a few.”

“Nonetheless, we must stay ahead; we must retain our overmatch; and we will keep building modern ships to ensure we remain the world’s greatest Navy,” Esper said, adding that the future Navy “will be a balanced force of over 355 ships - both manned and unmanned - and will be built in a relevant timeframe and budget-informed manner.”

By comparison, China’s goals include a 425-ship PLAN by 2030, according to a report by the China Power project at the Center for Strategic and International Studies think tank. In addition to its larger navy, Beijing has also invested massively in long-range anti-ship missiles as a counterpoint to the more technologically capable US Navy. US weapons have yet to match the Chinese arsenal, which includes cruise missiles, land-based and air-launched ballistic missiles and even hypersonic weapons.

In 2016, then-candidate Donald Trump pledged to create a 355-ship navy by 2034, but the Navy has struggled not just to secure funding to build new vessels, but to come up with a game plan for meeting the ambitious goal.

Chief of Naval Operations Adm. Michael Gilday put the problem in no uncertain terms: “We need more money,” he told the Surface Navy Association conference in Arlington, Virginia, in January, according to Defense One.

The Navy has been forced to choose between extremely strict budgetary restrictions and meeting its expansion goals, resulting in it making plans to slash $40 billion in expenditures over a four-year period and delay the construction of hotly demanded vessels, such as the second Virginia-class attack submarine.

The Navy continues to struggle in terms of manpower as well, with Navy rosters already at least 9,000 sailors short and that number increasing every year. At least part of that is attributable to what a probe of crew attitudes in 2017 characterized as “catastrophic morale.”

“It feels like a race to see which will break down first,” one sailor wrote in a 2017 command climate survey of the US 7th Fleet after two US Navy destroyers collided with civilian vessels, “the ship or it’s [sic] crew.”