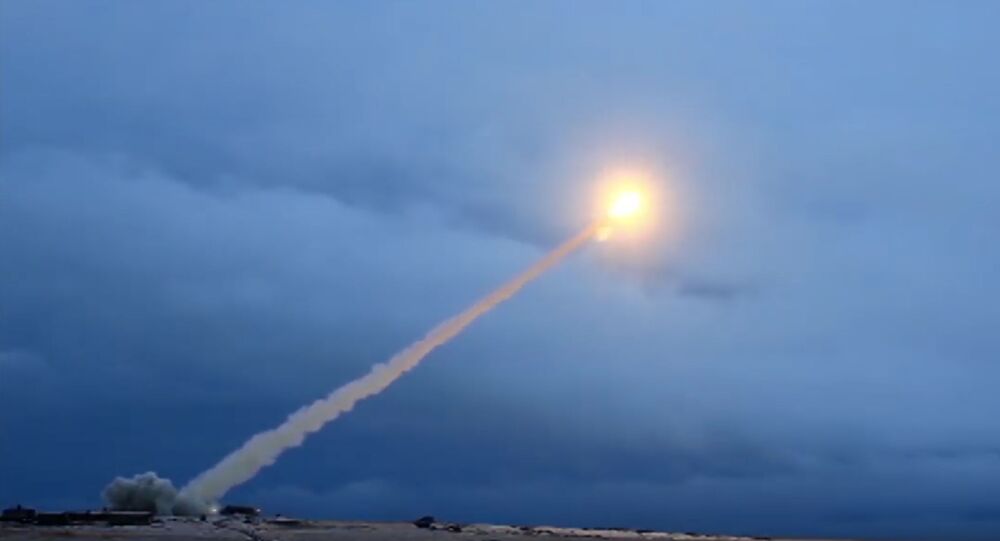 MOSCOW (Sputnik) - The United Kingdom’s chief of defence intelligence, Lt. Gen. Jim Hockenhull, has warned that Russia’s nuclear-powered Burevestnik (NATO name Skyfall) cruise missiles could remain in the atmosphere for multiple years if necessary and could pose a threat at any moment.

"Moscow is testing a sub-sonic nuclear-powered cruise missile system which has global reach and would allow attack from unexpected directions," Hockenhull said during a media briefing at the Five Eyes intelligence hub, as quoted by the UK’s Sunday Telegraph newspaper.

The intelligence chief, who said that the Burevestnik missile has "a near-indefinite loiter time," also noted Moscow’s investment in its submarine and seafaring capabilities, adding that these will give the Russian armed forces the ability to strike military and civilian infrastructure.

"These capabilities together allow the Russians to hold the UK and its allies’ civilian and military infrastructure at risk of direct attack both with conventional explosives and nuclear weapons, limiting options or raising the stakes during times of crisis," Hockenhull said, as quoted by the newspaper.

The Burevestnik cruise missile is one of six new strategic weapons that were unveiled by Russian President Vladimir Putin in March 2018.

The Five Eyes intelligence alliance comprises agencies from Australia, Canada, New Zealand, the UK, and the US.