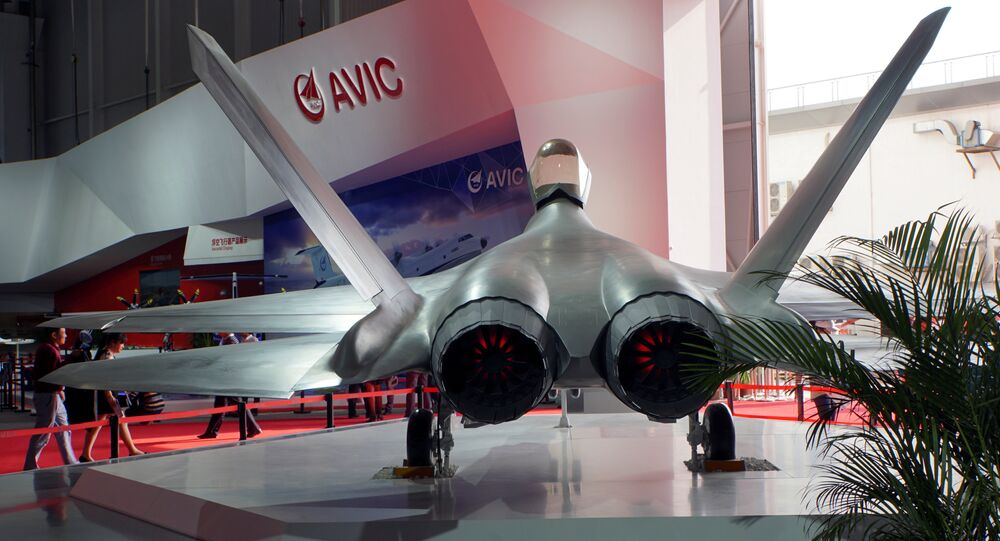 A recent photo posted on Chinese social media shows a Shenyang FC-31 “Gyrfalcon,” a fifth-generation fighter jet the People’s Liberation Army (PLA) has not yet adopted. The photo seems to confirm rumors from earlier this year that the plane was being reconsidered as a carrier-based fighter.

A photo that appeared on Sina Weibo over the weekend shows the FC-31 is still flying and has received some upgrades along the way.

In my opinion the probably best image of the second FC-31 demonstrator no. 31003 in full reheat.

​In the photo, the plane has a new paint scheme, a standard military gray color, and is blasting into a climb on full afterburner. It also seems the airspeed measurement device located on the plane’s nose has been removed, possibly replaced with the nose-mounted radar that production models would include. The South China Morning Post noted the engines, however, remain the same: Guizhou WS-13 turbofan engines, which also power China’s zippy JF-17 Thunder aircraft.

In all, the undated photo more closely resembles the model presented at the Paris Air Show in June 2019 than the testing aircraft seen in prior years. Shenyang Aircraft Corporation has built just two FC-31s, which are also sometimes referred to as J-31s, although J designations only apply to PLA-developed aircraft.

Although the FC-31 has been flying since 2012, the PLA has so far been hesitant to adopt it, as Chengdu’s J-20 became the country’s first fifth-generation stealth aircraft. However, the huge J-20 cannot fit on an aircraft carrier, meaning China’s burgeoning carrier fleet is forced to continue relying on the inadequate J-15 fighter.

In July, the Chinese Aeronautical Establishment, the research and development branch of the Aviation Industry Corporation of China (AVIC), reported it intended to begin testing a “new type of aircraft” for naval use in conjunction with Shenyang. The recently surfaced photo, which shows the logo of the AVIC clearly printed on the FC-31’s empennage, seems to confirm the widespread rumors that the mystery plane referred to was the FC-31.

However, the photo shows no clear signs the FC-31 has yet been modified for carrier operations: a rear tail hook cannot be seen, nor can any obvious hinges on the wings to enable folding for below-deck storage.

Although claims the FC-31 was derived from stolen plans for Lockheed Martin’s F-35 Lightning II fighter have been thoroughly debunked, the plane is broadly comparable to the F-35 in terms of performance and boasts the same basic aircraft layout as the US plane’s A and C models, the latter of which the US Navy uses for carrier ops.