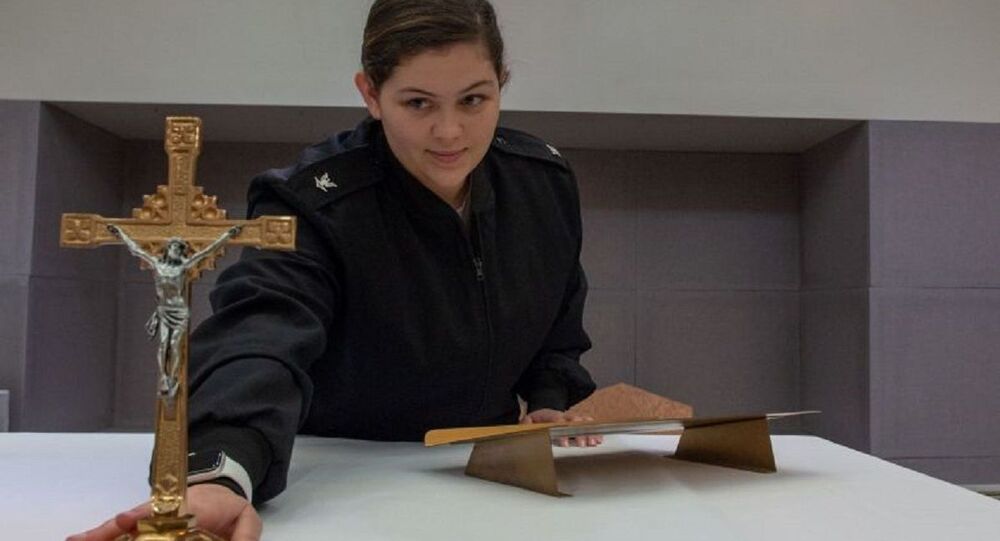 The US Navy's decision to cut Catholic masses is part of a national realignment policy to change the navy’s religious ministries, announced in late August.

The US Navy has declined to renew its contracts with Catholic priests at San Diego-area naval bases in a "cost-cutting move", according to The San Diego Union-Tribune.

The newspaper reported that there are not enough priests on active duty in San Diego to fill the void, citing Navy Region Southwest spokesman Brian O'Rourke as saying that Protestant services on bases, which are led by active duty chaplains, will continue.

"The Navy's religious ministries priority is reaching and ministering to our largest demographic — active duty Sailors and Marines in the 18-25 year-old range. To meet that mission, the Navy has had to make the difficult decision to discontinue most contracted ministry services", O'Rourke pointed out.

He admitted that the move would "be difficult" for on-base Roman Catholic congregations but that the navy is asking for "understanding, patience, and support from those faithful civilians and retirees who, in their heart of hearts, want what is best for our uniformed service members and their families".

The spokesman underlined that military chaplains are closely cooperating with local parishes "to assist the faithful in finding new congregations".

Vice Admiral Yancey Lindsey, the commander of Naval Installations Command, for his part, described the decision to cancel religious services at San Diego bases as part of a national realignment-related policy.

"We have a responsibility to use our limited resources wisely in meeting the needs of our personnel. Therefore, we will reduce redundancies and capture efficiencies by realigning resources", he was quoted by The San Diego Union-Tribune as saying.

© AP Photo / J. Scott Applewhite
House Chaplain Asks to Cast Out ‘All Spirits of Darkness’ From US Capitol in Exorcism-Like Prayer
The vice admiral added that religious services will no longer be held at the naval bases where those services are "readily available in the surrounding community outside the bases".

The closure of San Diego's naval Catholic masses has upset many local priests, including Jose Pimentel, who has led services at Naval Base Coronado and Naval Air Station North Island for eight years. He told The San Diego Union-Tribune that closing his parish is not just a personal loss for him.

"One issue is discrimination [and] another is the violation of your right to practice your religion. […] It's hard to quantify what I do. I'm a 25-year veteran of the Navy and Air Force, so I can provide a certain level of support they wouldn't get from the civilian side", Pimentel underlined.

A Long Strange Trip: US Navy Reports Growth in Its Staff Using LSD