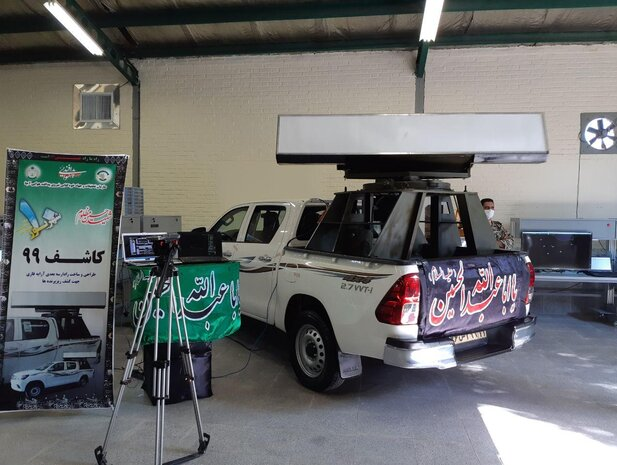 New Iranian Radar Can Detect Over 300 Targets at Once, Including Micro Air Vehicles, Commander Says

Earlier this week, Iranian Supreme Leader Ali Khamenei expressed his gratitude to the nation’s air defence troops, saying the Islamic Republic “owes its security” to their continued “preparedness and wakefulness” in the face of regional and global threats.

Iran’s new radar systems are capable of detecting and destroying objects of ‘any size’ if they violate the country’s airspace, Alireza Sabahifard, commander of Iran’s Air Defence Force has said.

Speaking at an exhibition of over two dozen ‘salient achievements’ of the air defence forces on Wednesday, the commander said that “today, we have the ability to identify any drones in the sky of the country and the region and destroy it if necessary.”

Sabahifard added that the systems presented at Wednesday’s exhibition weren’t everything that the country has in its arsenal, with some systems remaining hidden to maintain the element of surprise. “Defence systems will be used as covert equipment when needed to make enemies regret [their actions], so only a limited number of these systems will be unveiled today,” he said.

Among the systems that were unveiled was the Emad (‘Pillar’ in Persian), an upgradable virtual warfare simulator designed for use by all branches of the military for exercises and simulation purposes. The system was said to have been developed from scratch by Iranian engineers, with Sabahifard boasting that only a few advanced countries possessed such a system until now.

Others systems include the Kashef-99 (lit. ‘Discoverer’) radar, a 3D phased-array vehicle-mountable radar capable of detecting small aircraft, drones, and even micro air vehicles (MAVs). The system is said to have the ability to detect up to 300 targets simultaneously within a 12 km range, and was developed by Iran Electronic Industries, the state-owned defence electronics company which also created the Kashef 1 and Kashef 2 2D S-Band radars.

Earlier this year, Iran unveiled two other radars – the Khalij-e Fars (‘Persian Gulf’) and Moraqeb (‘Watchful) strategic 3D phased array radar systems, which officials say are capable of seeing into US military bases near Iran’s borders at distances of between 400 and 800 km. The Islamic Republic is also reportedly working on even longer range radar systems with the ability to detect enemy targets at ranges of as much as ‘thousands of miles’.

Khalij-e Fars (actually it's a Nazir!) is an early warning radar with max. 800km range based in Hormozgan province

Moragheb is an AESA radar with max. range up to 400km pic.twitter.com/2pM11iGTtu

In July, Iran showed off the capabilities of its orbiting ‘Noor’ military satellite, releasing satellite pictures of the US’s Al-Udeid Air Base in Qatar, home to the United States Central Command. Before the images were published, the Pentagon had dismissed the satellite as little more than a “tumbling webcam in space” which it deemed would be unable to provide Iran with any real usable intelligence.

Iran’s defence ministry has made major strides in the development of advanced military hardware over the past decade due to the United Nations arms embargo placed on the country in 2010, and due to the loss of its traditional Western defence partners after the Revolution of 1979. Tehran has made the advances despite spending significantly fewer resources on defence than regional rivals, including Saudi Arabia and Israel, and the equivalent of about 2 percent of the US defence budget.

In June 2019, the Khordad-3 air defence system produced by Iran Aviation Industries Organization shot down a $220 million Northrup Grumman Global Hawk surveillance drone in the Strait of Hormuz, pushing Tehran and Washington to the brink of war before both sides moved to deescalate.