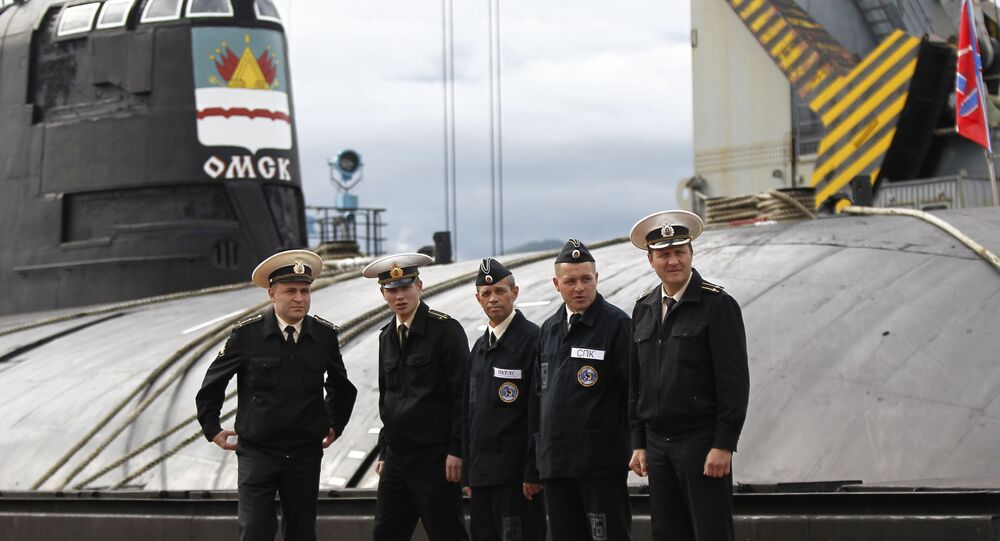 On Thursday, the Russian Pacific Fleet said that the “Omsk” nuclear submarine and the "Varyag" missile cruiser were taking part in the Ocean Shield-2020 naval drills in the Bering Sea.

The Russian Defence Ministry has published a video of drills featuring Russia's "Omsk" submarine, which was recently spotted by the US Northern Command near Alaska.

On late Thursday, the US Northern Command said that a Russian submarine had surfaced near Alaska and expressed readiness to provide assistance for the vessel if needed.

A source in the Russian Pacific Fleet said, however, that there was no emergency situation and that the submarine was just taking part in pre-planned drills.

However, according to the US Coast Guard, the presence of Russian military assets caused quite a stir among American commercial fishing vessels in the Bering Sea.

"We were notified by multiple fishing vessels that were operating out the Bering Sea that they had come across these vessels and were concerned, so they contacted us", Coast Guard spokesman Kip Wadlow said on Thursday.