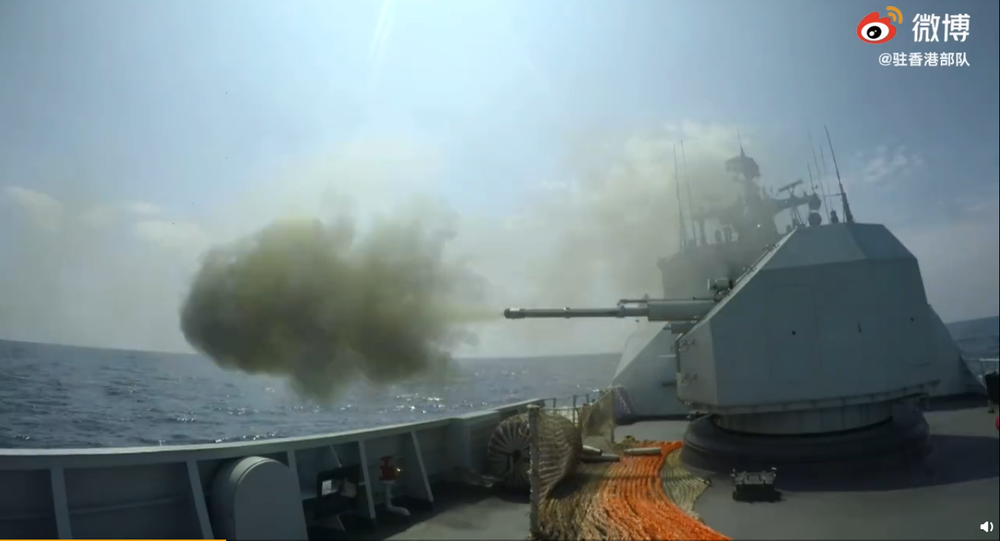 The day before, the South China Morning Post reported that the country's military had fired two missiles, including an “aircraft-carrier killer”, into the South China Sea on the morning of August 26, "sending a clear warning to the United States”.

The Chinese Defence Ministry stated on Thursday that its recent drills don't target any country.

Over the course of August, China has conducted a series of drills in the South China Sea region. Most recently, the country fired two missiles into the South China Sea in an act of "warning" to the United States after a US spy plane trespassed into it army's no-fly airspace.

Youtube/NavyRecognition (Screenshot)
Photos: PLA Warships Engage in Live-Fire Drills in South China Sea as US Carrier Launches Aircraft
According to the source, both were fired into an area between Hainan province and the Paracel Islands.

Prior to the launch, the Chinese Defence Ministry said that a US U-2 reconnaissance aircraft entered restricted airspace where the Chinese Army fired live ammunition.

The intrusion purportedly disrupted a regular military exercise and violated the international norms of the safe sea and air conduct.