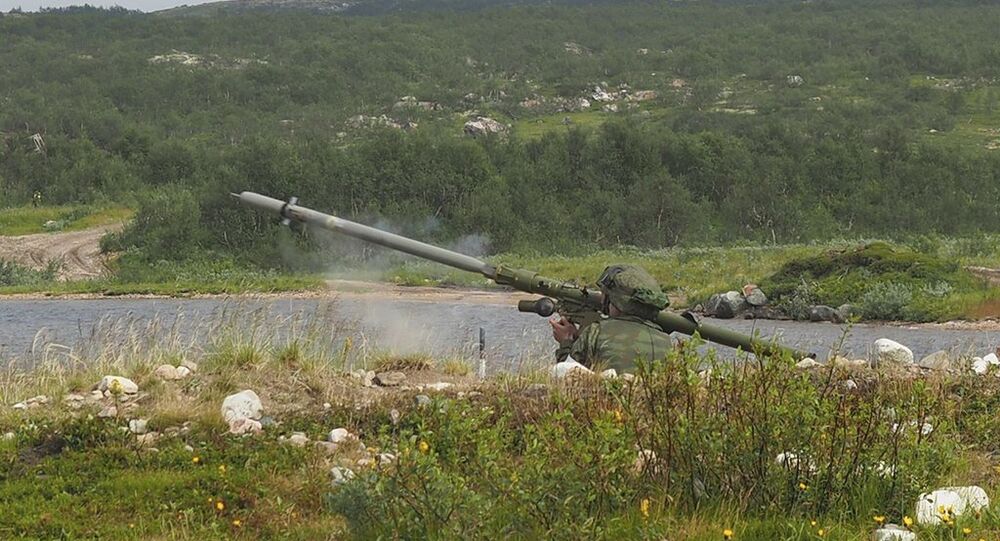 Relations between the Asian powers worsened dramatically in June, after Indian and Chinese troops engaged in deadly melee combat in a disputed area in the Galwan River Valley situated between Ladakh, India and China’s Tibet Autonomous Region.

“Indian troops armed with Russian-origin Igla air defence system have been deployed on the crucial heights along the border to take care of any enemy aircraft trying to violate Indian air space here,” one of the sources said.

In addition to the portable surface to air missile systems, India is also said to have deployed radar and other air defences amid claims that a number of Chinese military helicopters had attempted to enter Indian territory near areas including Galwan Valley and Patrolling Point 14.

Despite millennia of cooperation and close economic ties between their ancient predecessors, modern China and India have faced decades of tensions due to border disputes. On May 10 and then again on June 15, Chinese and Indian troops engaged in clashes which left dozens of servicemen injured and, in the second incident, up to 20 Indian troops and an unknown number of Chinese servicemen dead.

The escalation of tensions has led to both sides increasing their military presence along border areas, and to economic repercussions, with India banning a number of popular Chinese smartphone and desktop applications, and placing ‘security clearance’ restrictions on Chinese businessmen, academics and others.

Russia has repeatedly urged the two sides to resolve the dispute at the bilateral level, and warned that a major conflict between the Asian powers would be a “bad idea” for both nations, the region and the world.

© Sputnik / Vitaliy Ankov
India, China, Pakistan Set to Participate in Wargames in Russia Next Month
US President Donald Trump offered to mediate between the two nations in late May, before the clashes of mid-June. However, in late June, Secretary of State Mike Pompeo said that US troops being moved out of Germany would be partially redeployed to US-allied nations in Asia, and accused ‘the Chinese Communist Party’ of engaging in aggression throughout the region. On Sunday, Indian media reported that New Delhi and Washington may be preparing to sign a new defence cooperation in September.

On Monday, Indian Defence Staff Chief Gen. Bipin Rawat warned that a military option to deal with the Chinese People’s Liberation Army’s “transgressions” along the Line of Actual Control would be on the table if talks between the two militaries failed to yield the desired results. The two countries’ militaries have held at least half-a-dozen corps commander-level talks since June to try to defuse tensions.