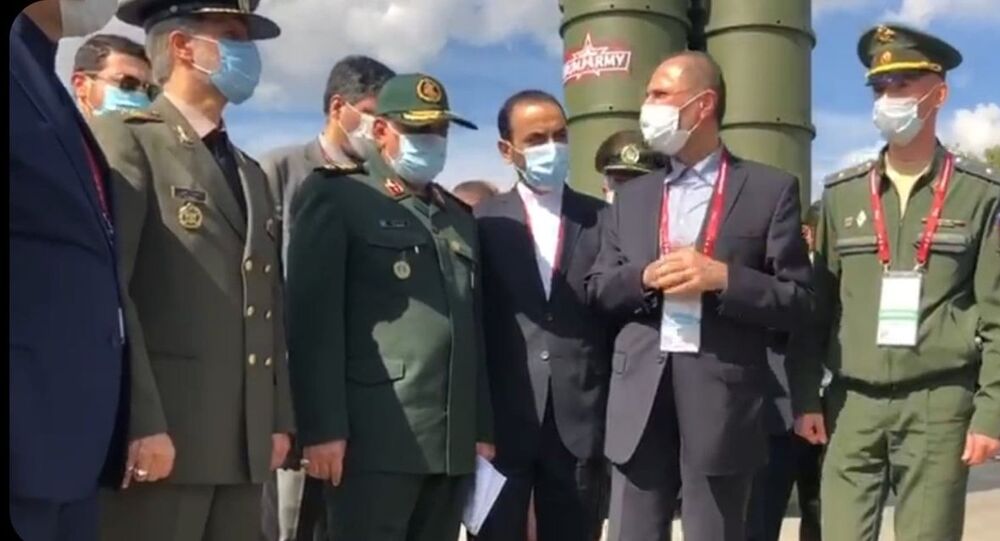 With the United Nations arms embargo on Iran set to expire in October, US officials and media have speculated that Tehran may buy Russian military hardware, including the S-400, once UN restrictions are lifted. Iran already has some advanced air defence capabilities of its own, including a system which downed a $220 million US drone in 2019.

Footage of the visit, which took place Sunday, shows Hatami and other members of the Iranian delegation speaking to Russian officials, with the defence minister briefed on the S-400’s systems features and principles of operation. In addition to the S-400, the delegation also took a look at the Pantsir S1E combined medium-range surface-to-air missile system and anti-aircraft artillery system.

The defence minister checked out the Kamov KA-226T utility helicopter, and reportedly made inquiries regarding the Sukhoi Su-30 fighter as well.

During his trip, Hatami held talks with senior Russian officials, including Defence Minister Sergei Shoigu. In addition, the minister met with Iranian Border Police forces which arrived in Russia to compete in the 6th International Army Games, which are being held concurrently with ARMY-2020.

Earlier this month, Breaking Defense speculated that recent joint US and Israeli F-35 drills aimed at improving survivability against “sophisticated enemy air defences” may have been aimed in part to deal with the contingency of advanced Russian air defence systems being sold to Iran.

Last month, Kasem Jalali, Iran’s ambassador to Russia, confirmed that Tehran was considering the purchase of Russian weapons to “enhance its defence capabilities,” and pointed to Moscow as a partner that has “always been by our side in times of trouble”. Jalali did not specify what sorts of defence equipment Tehran is interested in.

Iran’s defence ministry has made strides in the creation of advanced military equipment of its own in recent years. Last year, the Khordad-3 air defence system produced by Iran Aviation Industries Organisation shot down a $220 million Northrop Grumman Global Hawk surveillance drone over Iranian airspace in the Strait of Hormuz. The same year, Tehran ordered the Bavar-373 air defence system, described as an Iranian analogue to the S-300 with characteristics superior to the US Patriot, to be put into production.