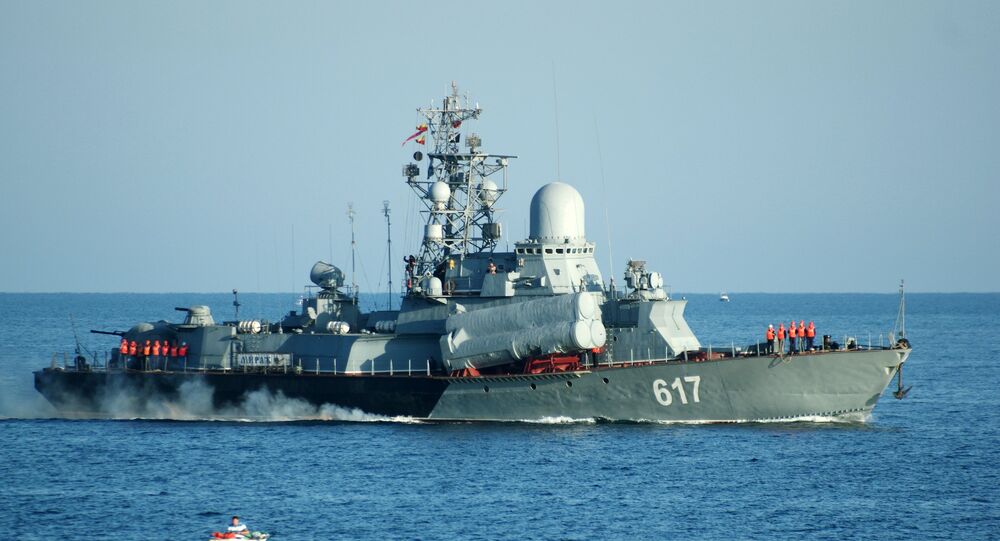 More than 30 warships and support vessels of the Black Sea Fleet took part in the drills that were held under the command of the Russian Navy’s Commander-in-Chief, Admiral Nikolai Yevmenov.

Russia’s Defence Ministry has released a video of the Black Sea Fleet exercises conducted in Novorossiysk and Sevastopol on 19-21 August. The Crimean city of Sevastopol is home to the fleet’s main base.

The footage shows some aspects of the exercises which included drilling, search and rescue support for naval forces in a designated area, as well as checks for anti-submarine sabotage defence.

"In Novorossiysk and Sevastopol, naval exercises on special support for the actions of the fleet forces at sea were held under the command of the Russian Navy's commander-in-chief", the tweet reads.

The drills were praised by the Russian Navy’s Commander-in-Chief, Admiral Nikolai Yevmenov, who told reporters on Friday that the war games indicated the Black Sea Fleet’s capability to cope with "a lot of tasks".

"During the exercises, we saw all types of logistical support both on the shore and at sea, as well as evacuation of personnel from the sea, both to surface ships and helicopters, and implementation of combat tasks", Yevmenov stressed.

Over 30 warships, boats, and support vessels of the Black Sea Fleet, plus Ka-27 and Mi-8 helicopters along with the Be-12 amphibious aircraft of naval aviation were involved in the drills.