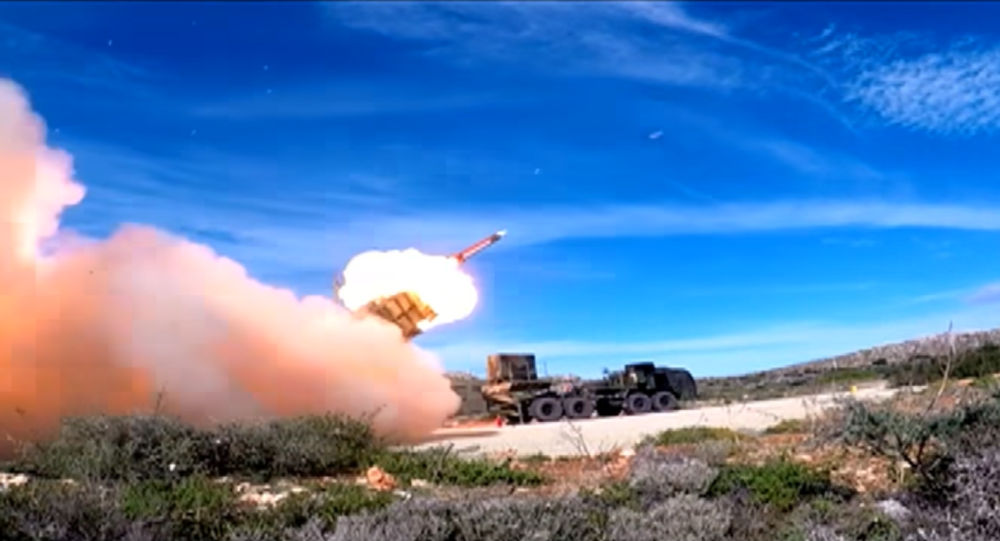 At the White Sands Missile Range on Thursday, soldiers taking part in a limited-user test of the IBCS shot down two missiles: one a low-flying cruise missile, the other a high-altitude, high-speed, short-range ballistic missile.

The purpose of the limited-user test is to work on integrating different radar and air defense systems so they can communicate with each other, greatly enhancing US air defense capabilities. In the Thursday test, two AN/MPQ-53 Patriot radar systems and two AN/MPQ-64 Sentinel short-range radars worked together to inform four Patriot missile launchers about the incoming targets.

According to Army Technology, the Army unit shot down the cruise missile using an older PAC-2, which dates to the 1990-91 Gulf War, and the ballistic missile using a newer PAC-3 system.

“We need this weapon system in order to maintain a technological advantage in the future,” US Army Secretary Ryan McCarthy said during a visit to Northrop Grumman’s Huntsville Manufacturing Facility. “It’s not a question of whether or not we might get there, we have to get there.”

Integration of different air defense systems is important because, as effective as the Patriot system is, it cannot watch the skies all by itself. For decades, the Pentagon has focused on intercepting long-range ballistic missiles, developing a bevy of systems like the Patriot, which shot down Iraqi Scud missiles during the Gulf War, but also the Terminal High Altitude Area Defense (THAAD) system and the Ground-Based Midcourse Defense (GBMD).

Another test last week discussed by Military.com revealed the value of an integrated system: when an electronic warfare attack jammed one of the integrated fire-control network relays, another was able to compensate, pick up two cruise missiles on radar and successfully shoot them down.

Thursday’s test demonstrated that Patriot missiles can target short-range missiles, which is valuable in a pinch, but not a viable long-term solution. US Army Gen. David Perkins, then commander of the US Army Training and Doctrine Command, recalled in 2017 how an unnamed “US ally” wasted a $3 million Patriot missile on a “quadcopter that cost 200 bucks from Amazon.com.”

The paralyzing attack on two Saudi oil facilities in August 2019 exposed one of the major holes in the US air defense net: while Patriots were watching the skies over Eastern Province for ballistic missiles and aircraft, low-altitude “kamikaze” drones snuck in beneath their radars and delivered a devastating assault.

In response, the Pentagon has rushed to find new close-in air defense options, ranging from its own kamikaze interceptor drones to mounting autocannons and man-portable anti-air missiles on all-terrain vehicles. Later in the White Sands tests, the Army is also due to test one of these systems, a modified Stryker armored personnel carrier dubbed the Interim Maneuver Short-Range Air Defense (IM-SHORAD).