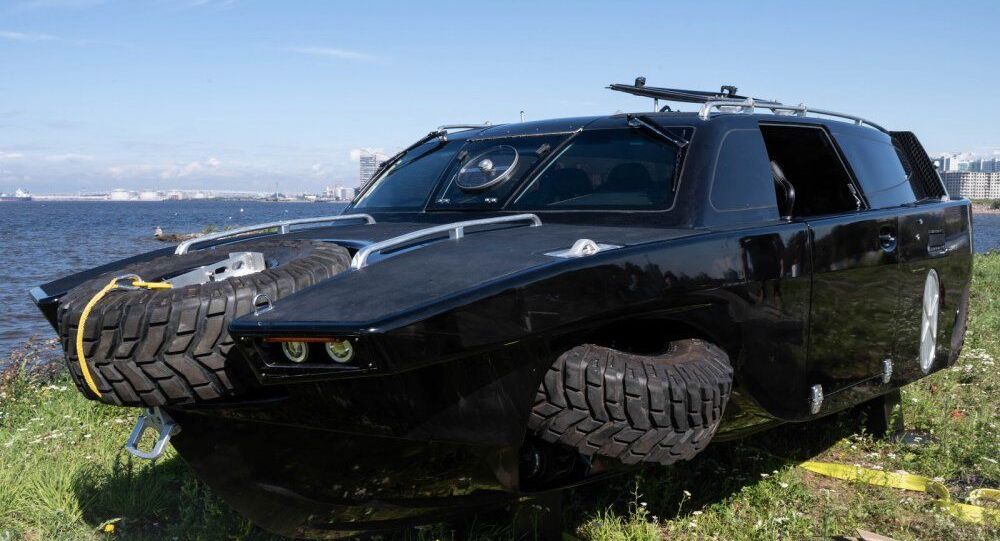 The Russian Ministry of Defense plans to demonstrate the capabilities of its new “Drozd” (blackbird) amphibious armored car at the upcoming Army-2020 forum outside Moscow, and has boasted that the craft is “unsinkable.”

According to a report by TV Zvezda, a television station operated by the defense ministry, the Drozd will soon be the Russian Army’s new amphibious armored car, and it plans to show the unique vehicle off at the International Military-Technical Forum, better known simply as Army-2020, in Kabinka later this month.

The Defense Ministry page mil.press flot describes the Drozd as “the first Russian all-wheel drive planing amphibian,” apparently a reference to its ability to travel fast enough on the water to “hydroplane” across the surface in the same way a boat does.

The Drozd is envisioned as a patrol and reconnaissance vehicle.

Sergey Tereshenkov, the chief designer and head of the Baltic Machine-Building Company which created the vehicle, told the publication the Drozd would fill a gap in which the Russian armed forces lag behind other countries - humiliating, he said, because Russia pioneered amphibious cars with the Triton, designed by inventor Dmitry Kudryachkov in the 1980s.

Before that was the GAZ-46 “small floating car,” a light personnel vehicle with both wheels and a propeller built in the 1950s that modern readers are most likely to recognize being used by Soviet agents in a riverine chase in the 2007 adventure film “Indiana Jones and the Kingdom of Crystal Skull.”

Like the GAZ-46, the Triton apparently resembled a boat with wheels, but the Drozd looks more like a morphing SUV, with wheels that draw inward on the water to increase its seaworthiness, enabling it to tolerate waves of up to 1.25 meters in height. The transformation takes just 12 seconds, and the tires are auto-inflating.

In addition to tolerating the high seas, the hull also gives the Drozd mine protection, and it has the ability to have further light armor installed, the report said.

Tereshenkov noted the vehicle is modular, enabling it to be customized for various missions, including “options for the marines, the Navy, the landing force, coastal troops, reconnaissance, special operations forces, logistical support units, engineering troops (including for the guidance of pontoon crossings), medical services, etc.”

“Also, the machine will find its use in other power structures: rescue, fire services and law enforcement agencies. In addition, ‘Drozd’ can be used in areas with difficult road and climatic conditions and an abundance of water obstacles, including arctic ones. The machine is prepared for operation at temperatures up to minus 50 degrees” Celsius, Tereshenkov said.