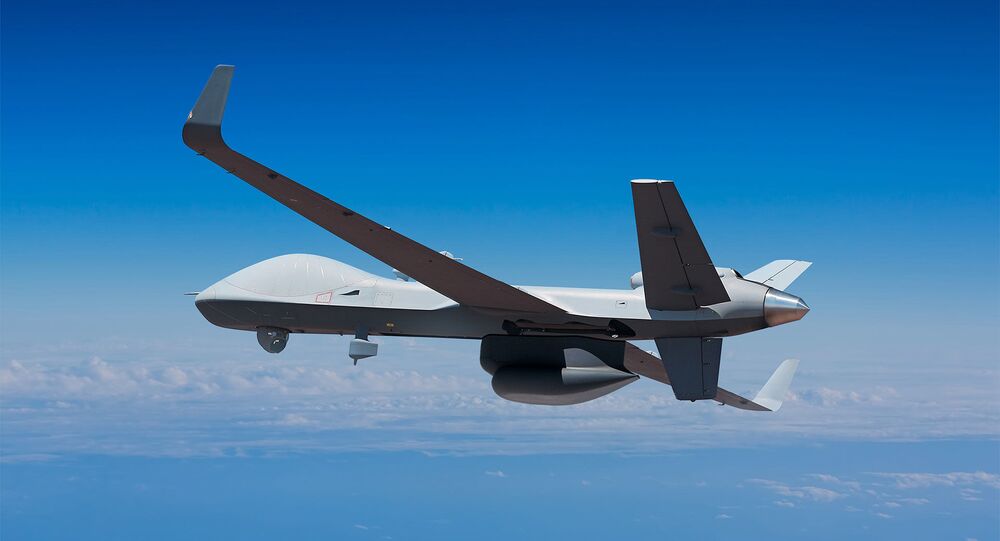 American drones flying over Syria have become a common sight since Washington deployed troops in the Arab Republic without authorisation from its government or a UN Security Council mandate.

The US lost two drones in the Syrian province of Idlib on 18 August, the Military Times online media outlet reported, citing an anonymous defence official.

While the official confirmed that the two UAVs had collided in the air, they could not confirm that the collision was the primary cause of the crash, as there were reports of the drones being shot down after the incident. The Military Times' source also couldn't confirm allegations about the drones being MQ-9 Reapers – a hunter-killer type of UAV that is capable of carrying out surveillance missions as well.

BTW it seems there two big UAVs were shot down. As we can see above, one is MQ-9, second possible also MQ-9 or another big UAV. pic.twitter.com/f09EVMTyPL

Idlib province, where the two drones crashed after potentially being downed, are controlled by several militant groups, including some backed by Turkey, but it's currently unclear if any of them had something to do with the crash of the drones, which was captured by witnesses in photos and a video that later surfaced on Twitter.

In short, tonight, the #Turkish Soldiers or supported militants from MANPADS shot down an #American (strike) UAV MQ-9.#Americans will not forgive, so we are waiting for the strikes of the Coalition Air Force on Idlib.#Syria pic.twitter.com/mkahU9UmIz

Illegal US Deployment in Syria

It is also not clear what kind of mission the crashed American drones were on, but there has been no shortage of UAVs in the Syria's skies since US troops were deployed in the country despite lacking legal grounds for being there – either an invitation from the government or a UN Security Council mandate. Although US President Donald Trump has on two occasions promised to withdraw the troops from the country, they have nonetheless stayed on a mission to "keep" the oilfields controlled by Kurdish militants in the east.

These forces often clash with local tribes and Syrian government troops, which oppose the American deployment and demands that they leave the country. Arab tribes in Deir ez-Zor province have demanded that the US withdraw its troops within one month after some of their sheikhs and elders were killed in attacks by US allies – the Kurdish SDF. In addition, Syrian Army forces have prevented American convoys from passing through certain areas of the province on numerous occasions. One of these encounters recently ended in bloodshed, as several Syrian Army servicemen were injured and one killed in an airstrike following an encounter with a US convoy on 17 August.

Three Rockets Strike Near US Base in Syria's Deir Ez-Zor