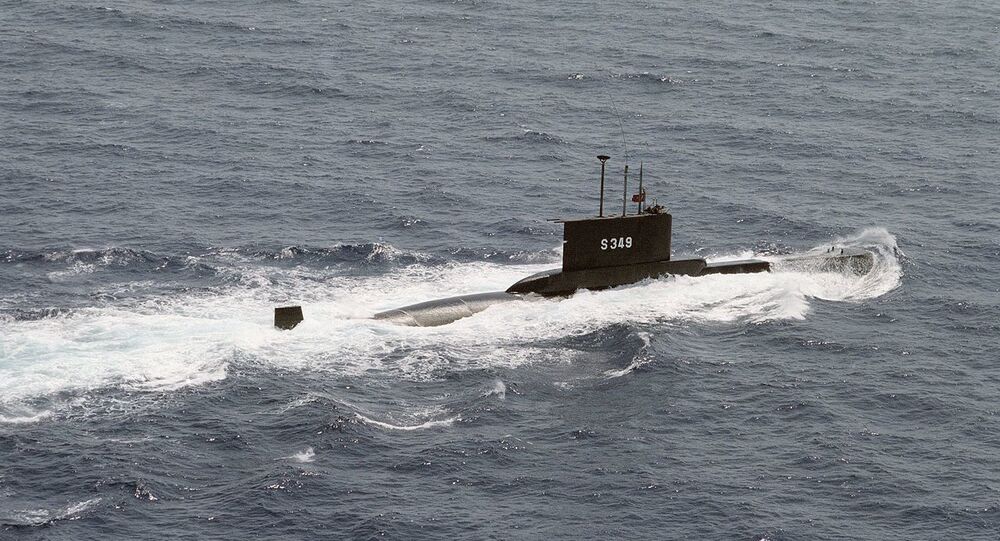 Last week, Athens demanded that Ankara “immediately end” its “illegal” drilling operations in the eastern Mediterranean, and warned that it would “defend its sovereign rights” if necessary. Ankara proceeded with its drilling operations after Greece and Egypt signed an agreement laying claims to maritime areas also claimed by Turkey and Libya.

Turkish submarines have intensified operations off the Greek coast in the Aegean Sea, with one of them reaching an area near the Cape of Sounion, a major tourist hotspot about 50 km southeast of Athens, Greek defence publication Army Voice has reported.

According to unconfirmed reports cited by the outlet, a Greek military helicopter spotted a Turkish Type 209 submarine as it crossed the Kafirea Strait between the islands of Evia and Andros, and approached the Attica peninsula. That incident reportedly resulted in an emergency operation by the Air Force to comb the Aegean Sea with airborne anti-submarine sonars.

Another Turkish sub was reportedly spotted west of Rhodes by a Greek frigate, and one more in the Karpathos island area.

Another provocative hostile action by #Turkey, Turkish submarine, Type-209 was located in Greek waters of Aegean sea and expelled by Greek anti-submarine helicopters last night in the area of cape Kafirea in Evia #Greece.

Army Voice estimates that there are presently between six and eight Turkish submarines operating in the Aegean and Mediterranean seas, attempting to reach the Greek coast, and calls the situation extremely serious and ripe for escalation.

Tensions between Greece and Turkey worsened dramatically last week after Turkey announced that its surveying ship Oruc Reis had begun seismic survey activity in a disputed zone of the eastern Mediterranean south of Antalya and west of Cyprus, and issued a corresponding NAVTEX message to nearby ships. On August 12, the Greek frigate Limnos and Turkish frigate Kemalreis reportedly ‘touched’ one another in an incident near the Oruc Reis, with ships from both naval powers heavily patrolling the area. Turkish President Recep Tayyip Erdogan has said that Ankara would continue its seismic exploration activities, and warned that any Greek attacks on Turkish vessels would not go unanswered.

#Attention!!!!!
Not confirmed yet but the #HellenicNavy spotted 2 #Turkish submarines and is hunting them.

Also we have to mention that turks was looking for Greek submarines for 2 days with 0 success!#Greece has 4 stealth submarines of Papanikolis class, #Turkey has 0 stealth. pic.twitter.com/cPH3Qa3k2e

Army Voice also criticised the European Union’s lack of a firm statement condemning Turkey’s actions at Friday’s emergency meeting of foreign ministers, accusing Germany of ‘turning its back’ on Turkey’s behaviour and warning that the lack of condemnation will “increase Turkish aggression”.

So far, only France has promised to respond by sending two warships to the area for drills with the Greek navy, and deploying two fighter jets to Crete.

“Greece and Turkey are now moving at full speed toward a ‘hot episode’. The participation of submarines, even in areas far from the illegal Turkish NAVTEX clearly shows that Ankara wants an escalation,” the outlet concluded.

On Friday, US lawmakers urged the Trump administration and the EU to jointly impose sanctions against key sectors of the Turkish economy if it doesn’t stop its drilling operations in the eastern Mediterranean in Greece’s exclusive economic zone.

Turkey began drilling operations on August 10 after temporarily putting exploration activities on hold amid hopes that the dispute could be resolved in talks arbitrated by Germany. The drilling was resumed after Greece and Egypt announced a maritime agreement designating large swatches of potentially oil and gas-rich areas of the eastern Mediterranean as part of their own exclusive economic zones on August 6. Ankara dismissed the deal as illegitimate.

Turkey and the Ankara-backed Libyan government in Tripoli signed their own contentious maritime boundaries agreement late last year, with Cairo calling that deal “illegal,” and Athens describing it as “absurd” given that the delimitation specified in the deal runs through the Greek island of Crete.

The Mediterranean dispute is one of two major maritime issues affecting Greek-Turkish relations, with the other being the decades-long conflict between the NATO allies over the Aegean Sea, which has occasionally led to naval skirmishes and aerial dogfights.