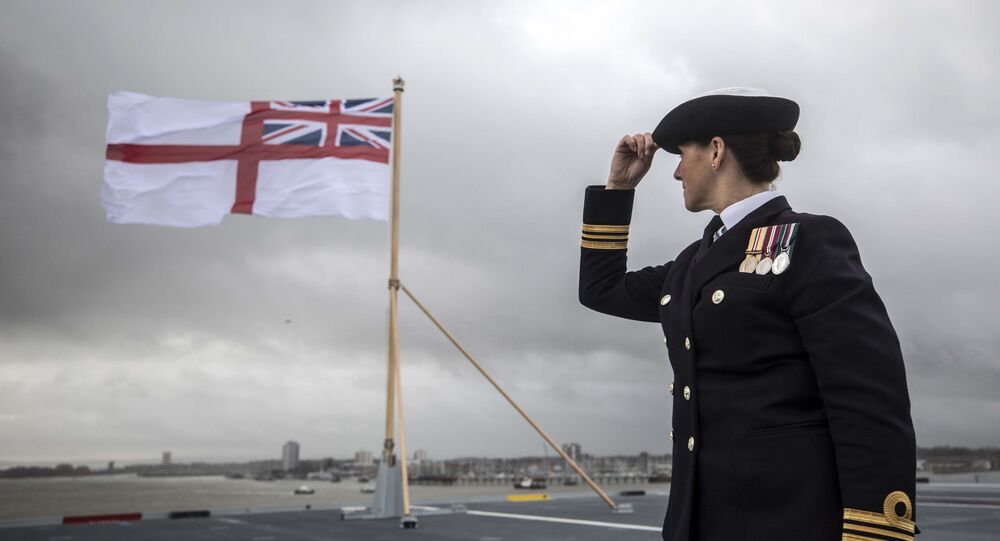 The River-class offshore patrol vessel was commissioned on 3 August and deployed to patrol the Mediterranean as part of NATO’s Operation Sea Guardian. The ship was forced to return to the Gibraltar, its first port of call, this week due to an unidentified defect.

The HMS Trent, a state-of-the-art new British Royal Navy warship, is now stuck in Gibraltar, less than two weeks into her maiden voyage.

The patrol vessel made an unplanned return to Gibraltar on Thursday, just 14 hours after departing from the port and facing technical issues at sea.

The Royal Navy has confirmed the news, telling The Sun that the HMS Trent had suffered a “defect” and was awaiting the delivery of spare parts. The newspaper identified the problem as engine failure.

The 90-metre-long ship has been photographed being dragged back into port by tugs.

“She was on her way to the eastern Med when something went wrong at sea. The captain turned her round. They managed to get back to the Bay of Gibraltar under their own steam but then they called out the tugs to help her into the harbour,” a source told The Sun.

“Patrol vessels are nimble ships and it was a really calm day. She shouldn’t need tugs to berth.”

The HMS Trent made her maiden call to the Gibraltar on 9 August. She was deployed to patrol the Central and Eastern Mediterranean Sea as part of Operation Sea Guardian, a NATO effort to tackle maritime terrorism as well as arms smuggling and human trafficking.

The ship, which cost an estimated £100 million ($130m), was commissioned in Portsmouth on 3 August by the UK-based defence company BAE Systems.

​This is not the first Royal Navy warship to have witnessed embarrassing technical failures recently. The much-praised six Type 45 guided-missile destroyers had spent years at the dock awaiting expensive refits after their engines were found to be too sensitive to hot temperatures.

Those six ships spent a combined total of just 649 days at sea last year, the Ministry of Defence revealed in June. One of them, the HMS Dauntless, has sailed just six days since 2016 and will not be deployed for another year.

In July 2019, Britain’s new aircraft ­carrier, the HMS Queen Elizabeth, was forced to return to port after springing a leak.