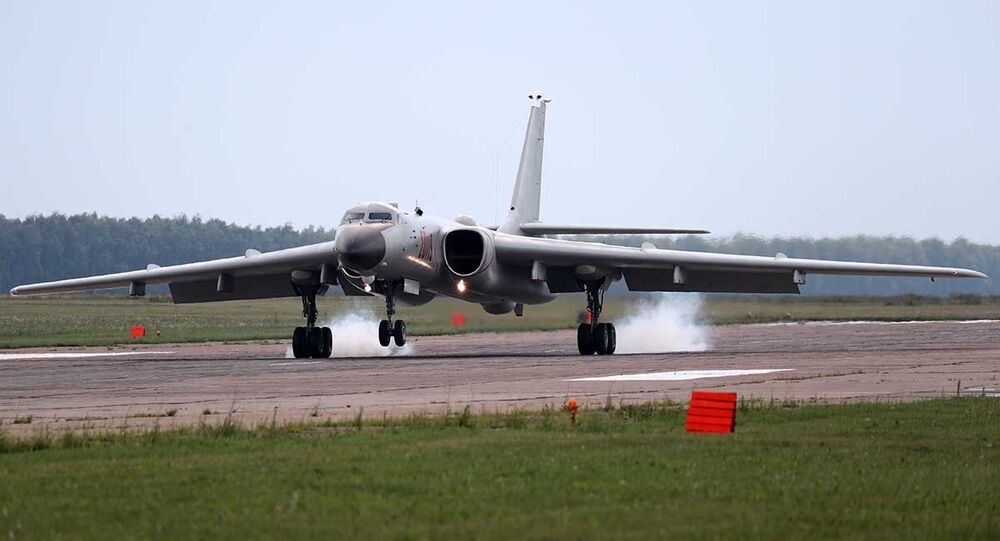 BEIJING (Sputnik) - China’s new Xian H-6J bomber has been demonstrated to the public for the first time during drills in the South China Sea, national media reported.

According to the Nanfangwang news outlet, H-6G and H-6J bombers have recently carried out multiple flights to participate in exercises in the region. The H-6J jet was showcased for the first time.

H-6 is a license-built version of the Soviet Union’s Tupolev Tu-16 strategic heavy bomber. It is designed to carry thermonuclear weapons.

Paul E. Reynolds
US Space Force Faults Russia, China for ‘Militarizing Space’, Which Pentagon Did Decades Ago
On 6 July, Chinese Foreign Ministry spokesman Zhao Lijian accused the United States of trying to undermine the stability in the South China Sea, following a US naval exercise in the region.

On 4 July, the United States' Nimitz and Ronald Reagan carrier strike groups, joined by a B-52 Stratofortress bomber, conducted a maritime exercise in the South China Sea as the country celebrated Independence Day, while also coinciding with Beijing's own military exercises near the disputed Paracel Islands archipelago (known in China as the Xisha archipelago), located in the region.