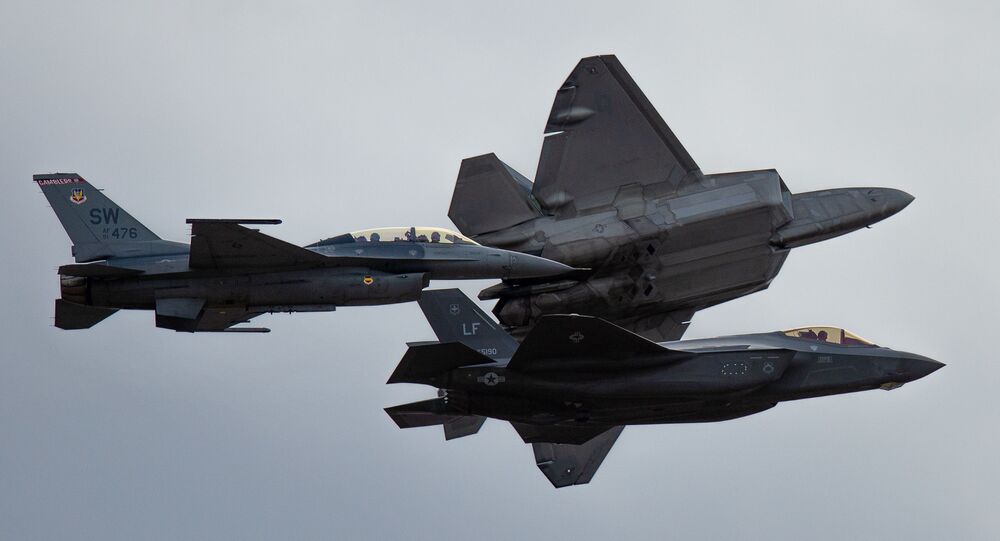 Each of the Air Force’s stealth aircraft - the F-22 Raptor, F-35 Lightning II, B-2 Spirit and RQ-170 - came to Nevada’s Nellis Air Force Base recently to practice tactics for Suppression of Enemy Air Defenses (SEAD), low-observable (LO) ingress of enemy airspace and interoperability between 4th and 5th generation aircraft.

According to an Air Force news release, the primary goal was to test using an F-35 for SEAD operations, also called “wild weasel” missions. In addition to its radar-resistant design and coating, the F-35 got help from E-18 Growlers, a specially modified version of the F/A-18 Hornet for electronic warfare and jamming of enemy radars.

Together with the F-22, an air superiority fighter, and F-15E Strike Eagle ground attack aircraft, the Air Force jets paved the way through enemy defenses for a deep strike by the RQ-170 drones and B-2 bombers.

SEAD missions are among the riskiest a pilot could undertake: the goal is to destroy enemy radars used to launch anti-air missiles, as well as the missiles themselves, without getting shot down by them in the process.

Special anti-radiation missiles like the AGM-88 HARM can home in on the microwaves emitted by radar stations, creating a dangerous cat-and-mouse game in which radar operators must turn on their radars long enough to target and fire their missiles, but then turn them off again before enemy air-to-ground missiles can strike them.

Even though the drill involved stealth aircraft, they are not totally impervious to radar. The F-35 in particular is loaded down with more than two dozen different sensors and antennae, which vacuum up electronic information from the battlefield, including radar emissions. This information, in turn, allows the stealthy jet to plot flight paths around the edges of enemy radar, where its accidental appearance on radar is more likely to be dismissed as a flock of birds or false echo.

Some of the other drills undertaken at Nellis included testing the practical limits of these maneuvers - in other words, just how much the pilot of a stealth aircraft can really get away with without being detected.