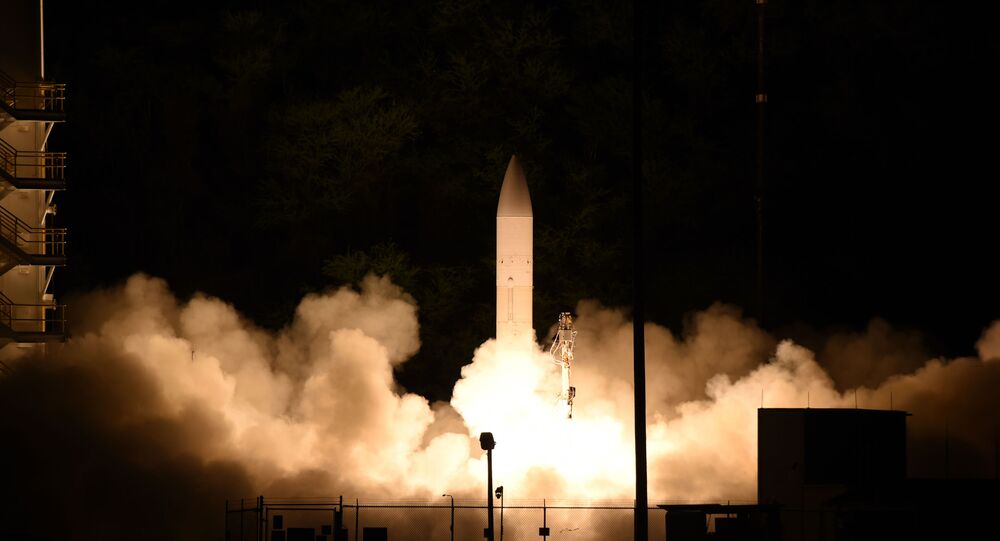 On 19 March, the United States successfully tested a common hypersonic glide body (C-HGB) on the island of Kauai in Hawaii. The test, according to the Pentagon, marked a "major milestone" in the US path to acquiring hypersonic weaponry.

The US Army has unveiled a new video of a March common hypersonic glide body (C-HGB) test in Hawaii. The new footage, presented at the annual Space and Missile Defence (SMD) Symposium, shows the moment the projectile hits its designated target in flight. It is not clear whether the missile was loaded with an explosive warhead.

Army Lieutenant General Thurgood, who presented the video, did not reveal the speed at which the missile travelled. However, the Pentagon previously stated that the weapon is capable of reaching speeds of up to Mach 17.

The US has been stepping up its efforts to develop hypersonic weapons ever since Russia announced the successful development of a series of such armaments in 2018.

Since May, US President Donald Trump has made comments about a hypersonic missile that is "17 times faster" than any other missile.

Hypersonic weapons, capable of flying at rates greater than five times the speed of sound, are highly maneuverable and operate at varying altitudes. The US military plans to use them when there is a need to strike "high-value targets" hundreds and even thousands of miles away in a matter of minutes.