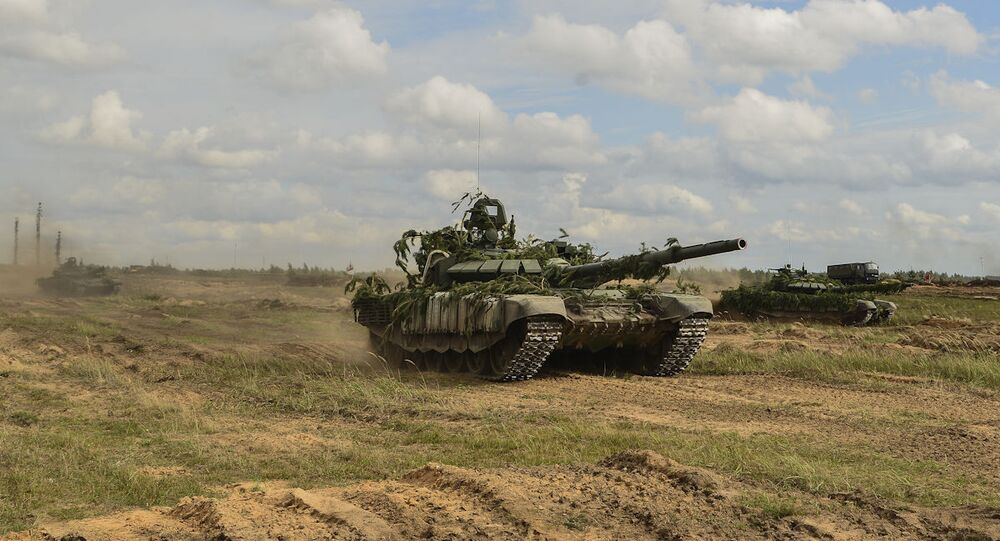 The T-72B3 is a third-generation successor to the legendary T-72 Soviet battle tank. According to a video recently published by the Russian Ministry of Defence, they are now capable of performing their mission not only on dry land, but also when submerged in several metres of water.

International viewers were amazed to see a Russian T-72B3 tank turning into a “submarine” to cross a five-meter-deep river and continue its mission unfazed, according to comments by journalists from the Argentinian newspaper Clarin.

The video that stunned them so much was originally published by the Russian Ministry of Defence on its YouTube channel, to show how the crews of T-72B3 tanks were mastering “underwater driving” during trials in the Orenburg region. According to the Russian MoD, tanks were equipped with “special air ducts” that allowed them to submerge into water as deep as five meters without disturbing their route or the tank’s operation. Tank drivers were “guided by devices, avoiding stops and sharp turns”, the ministry said.

“The 41-tonne T-72 plunges into a river that's five meters deep. And then it emerges on the other shore to continue with its mission as if nothing has happened,” they wrote.

The T-72B3 is a third-generation version of the T-72 Soviet main battle tank, that first emerged in 1971. It recently impressed viewers during the 24 June Victory Day parade on Red Square, where the camera “flew” through its muzzle (in a CGI video) to reveal the interior of the military vehicle.