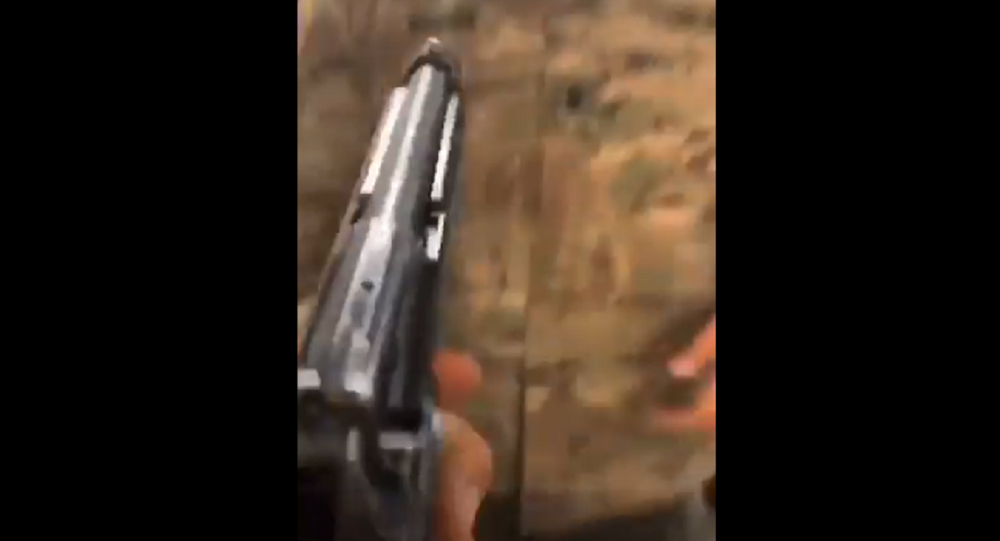 A TikTok video showing a soldier pointing a loaded pistol at US Army Specialist Kyle Benton prompted an investigation by the US Army Criminal Investigation Command, it was recently revealed.

In the video, Benton locks the slide of a Beretta M9 semi-automatic pistol to ensure the firearm isn’t loaded before placing the weapon in front of the soldier recording the interaction. Benton tells the soldier that the firearm is clear before turning around and stepping away. However, the soldier then inserts what appears to be a magazine holding live ammunition into the pistol and points and raises the weapon at Benton.

The Army Criminal Investigation Command at Fort Drum, New York, investigated the incident in early June, base spokesperson Maj. Harold Huff III confirmed to Military.com. However, the identity of the sergeant pointing the gun is still unknown.

"US Army soldiers are trained from the first day in Basic Training to respect all firearms," Huff said. "Military service is a sacred profession, and this horrific video does not represent our values."

Benton confirmed to Military.com on Friday that he posted the video to his TikTok account in June, at around the same time that he finished his service contract and left the Army.

Benton, who said that he had the video on his phone for more than a year before posting it, also told the outlet that the video was staged and that the pistol was loaded with dummy rounds.

Benton also revealed that he regretted posting the video.

“I just want people to stop thinking I was the person holding the gun so they can stop threatening me,” he said. “I will never reveal the person who was holding it.”

According to Military.com, since parting ways with the military branch, Benton has shared various pieces of troubling content on social media, including racially offensive comments on Twitter. He was also accused of distributing Nazi propaganda at a Black Lives Matter rally in Portland, Oregon.