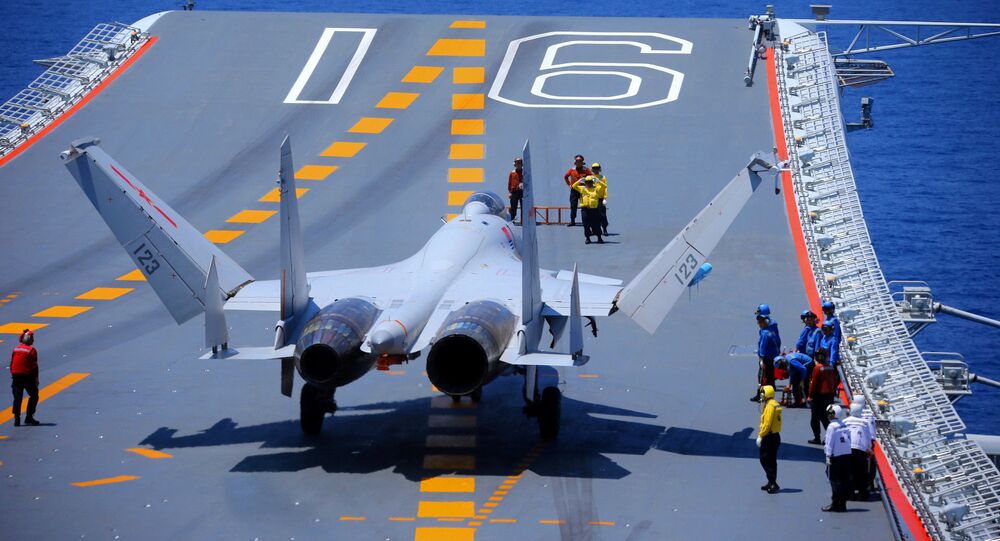 This marked a new breakthrough in the all-weather, long-range combat capability of China's carrier-based aircraft forces, it said.

The term "buddy refuelling" means both the feeding aircraft and receiving aircraft are of the same type of warplane, and in this case, it means a J-15 equipped with a refuelling pod refuels other J-15s, reports said.

The PLA Navy has previously grasped the techniques of buddy refuelling in the day, the China Central Television (CCTV) reported on Tuesday.

Zhang Ye, a PLA Navy aircraft carrier aviation officer, said on CCTV that crew members have accomplished nighttime buddy refuelling exercises with multiple batches of aircraft when there was no previous experience to refer to.

This will allow China's aircraft carriers to cover wider mission areas at night as their fighter jets can receive extra fuel mid-air and extend their range, according to Zhang.

Buddy refuelling can boost an aircraft carrier's firepower by allowing fighter jets to carry more weapons and less fuel when taking off, and refuel afterwards in the air, experts said, noting that China's two aircraft carriers, the Liaoning and the Shandong,  use jump-rack decks rather than catapults, which has limited the maximum payload of aircraft at takeoff.

Usually aerial refuelling features an aerial tanker as the feeding aircraft, but traditional tankers are too large for an aircraft carrier, so it is a widely-used practice to reconfigure a small number of fighter jets to carry more fuel and fewer weapons and act as smaller tankers, military observers said.