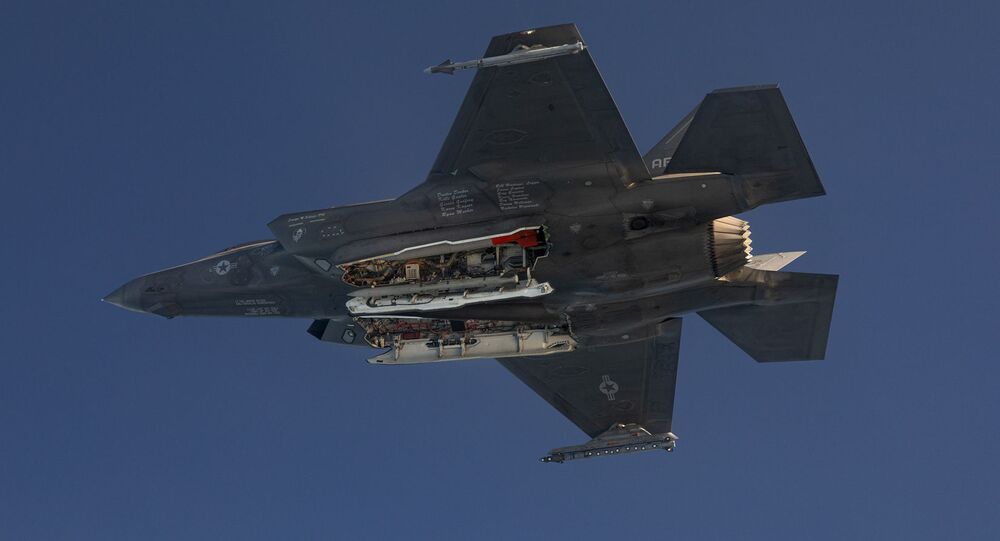 WASHINGTON (Sputnik) - The United States should reconsider its decision to suspend Turkey from the F-35 aircraft programme and stands ready to address any issues related to the S-400 air defence system’s and F-35 jet’s compatibility, Turkish Defence Minister Hulusi Akar said on Tuesday.

"With regard to the F-35 programme, the US government’s own reports have shown that Turkey’s suspension from the programme has brought production risks for critical components of the F-35 aircraft, delaying the production timeline and increasing the cost. They should reconsider their decision", Akar said.

Akar noted that the Turkish defence industry has continued to supply key parts for the F-35 aircraft despite the novel coronavirus pandemic and the country’s suspension from the program.

"I wish to underline that Turkey is not just a customer of the F-35 programme, but a partner," Akar said. "The security of F-35 technology is just as vital for Turkey as it is for the United States. We are ready to address any US concerns about the S-400 - F-35 compatibility issue on a technical basis".

Last month, Russia and Turkey agreed in principle on the second shipment of the S-400 air defence system, according to the head of the Turkish defence industry secretariat, Ismail Demir. The first shipment was delivered to Turkey in 2019.

Since 2018, the United States has introduced a number of measures to pressure the Turkish government into cancelling the S-400 purchase, including removing Turkey from the F-35 jet supply chain and despite the added costs to the program and to US taxpayers.

The United States has proposed buying the S-400s from Ankara in a bid to break the deadlock. Washington has claimed the S-400 is incompatible with NATO security standards and might compromise the operations of the F-35 jets. Ankara has repeatedly vowed to activate the missile systems, delivered by Russia last summer, despite the US threats of sanctions.