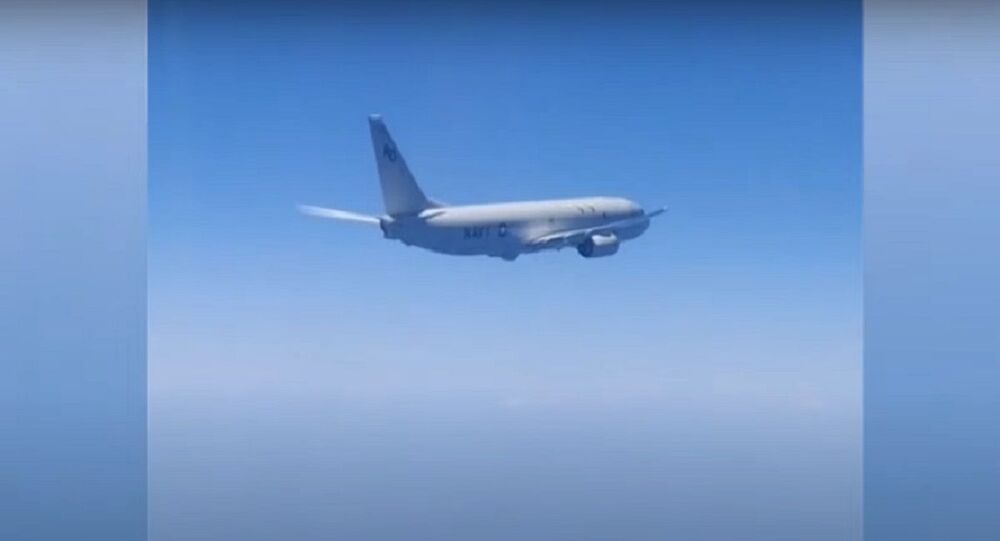 The pair of incidents took place on Wednesday; Russian air defence forces reacted quickly to ensure that neither of the NATO reconnaissance planes could violate Russia’s maritime borders.

The Russian Ministry of Defence has released footage of one of the incidents involving the intercept of NATO spy planes over the Black and Baltic Seas.

The clip, filmed from the cockpit of a Russian fighter scrambled to intercept the foreign aircraft, shows the Russian plane approaching a US Air Force P-8A Poseidon at altitude and proceeding to escort it.

In a statement made late Wednesday, Russia’s National Defence Control Center indicated that naval radar systems had picked up the Poseidon and a US U-2S reconnaissance plane flying over the Black Sea. Separately, the Baltic Fleet detected a German Air Force P-3C Orion spy plane operating near Russia’s borders in the Baltic Sea. Thanks to their detection, intercept and tracking, none of the planes were able to violate Russia’s borders.

Wednesday’s incident followed a similar occurrence last week, with Russia scrambling jets to intercept US and Norwegian spy planes and drones over the Barents and Black Seas. Before that, Su-35 and MiG-31 fighters intercepted a US RC-135 spy plane flying toward Russian airspace in the Sea of Japan.

The Russian military has detected, tracked and intercepted thousands of US and NATO aerial patrols along Russia’s borders in recent years, with the alliance sending reconnaissance aircraft and occasionally bombers toward Russia’s borders in the Barents and Baltic Seas, the Black and Mediterranean Seas, and the Seas of Japan and Okhotsk.

© Photo : Public Domain / ermaleksandr
Romanian Fighter Jets Scrambled to Escort Russian Bombers Flying Over Black Sea
In recent days, the Black Sea in particular has seen a surge of military activity, with the US holding drills in the region with other NATO nations plus Ukraine and Georgia, and Russia staging large-scale drills near Crimea. On Thursday, the Russian MoD reported that Romanian MiG-21s had intercepted and shadowed a pair of Russian Tupolev Tu-22M3 bombers during a routine flight over the Black Sea.
...
Reddit
Google+
Blogger
Pinterest
StumbleUpon
Telegram
WhatsApp
281