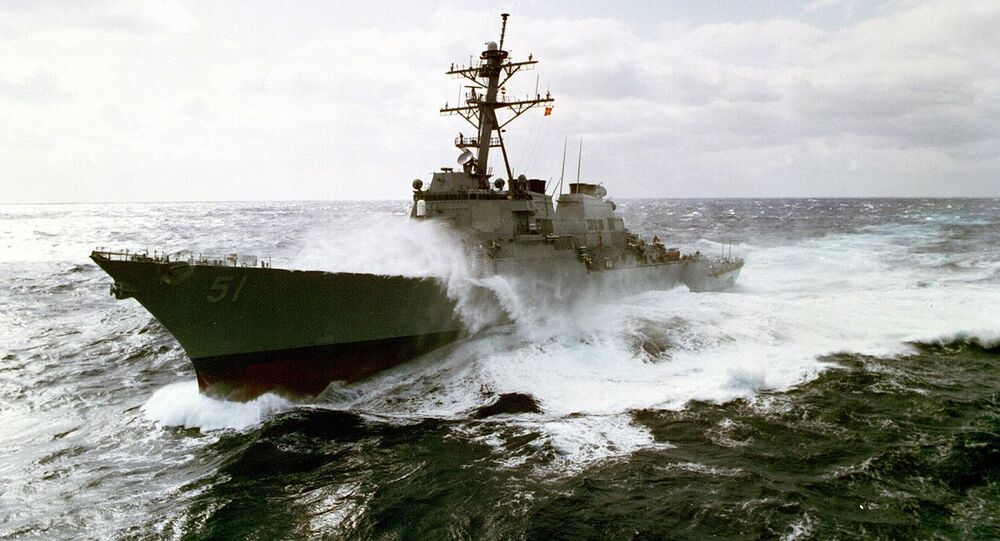 The Pentagon awarded defence giant Raytheon hundreds of millions of dollars build the AN/SPY-6(V), a long-range next-generation class of 3D radar arrays said to be capable of exo-atmospheric detection, tracking and discrimination of ballistic missiles and other air and surface threats.

Raytheon’s missiles and defence division has delivered its first AN/SPY-6(V)1 radar array system to the Navy to be installed aboard the USS Jack H. Lucas, the under-construction Arleigh Burke-class Flight III guided-missile destroyer, the company has announced.

“Our ships will be able to see farther, react quicker and defend against threats in a way we couldn’t before,” Hall added.

© Photo : Raytheon Technologies
The US Navy has received the first AN/SPY-6(V)1 radar array from Raytheon Missiles & Defense for deployment on the DDG 51 Flight III-class ship

The modular 4.25x4.25 meter array, expected to be deployed aboard as many as seven different types of US warships in the future, was delivered to the Huntington Ingalls Industries shipyard in Pascagoula, Mississippi, one of the US shipyards building the Arleigh Burke-class destroyers, earlier this week.

Raytheon promised that the first array will be followed up by “a steady stream of SPY-6 array deliveries”, and that the radar will help defend US warships against enemy drones, missiles, planes and unmanned vessels.

The AN/SPY-6(V) has been touted as the US Navy’s next-gen air and missile defence radar system, with the Navy promising to upgrade destroyers with the system as part of a comprehensive effort to reequip ships to keep up with Russian and Chinese hypersonic developments. The company is said to be have at least four separate variants of the radar. The system operates in S-band, and is said to be capable of tracking over 30 times the number of targets as the existing AN/SPY-1 radar installed aboard many US warships. That system was first introduced in the 1970s, and has received several upgrades over the years.