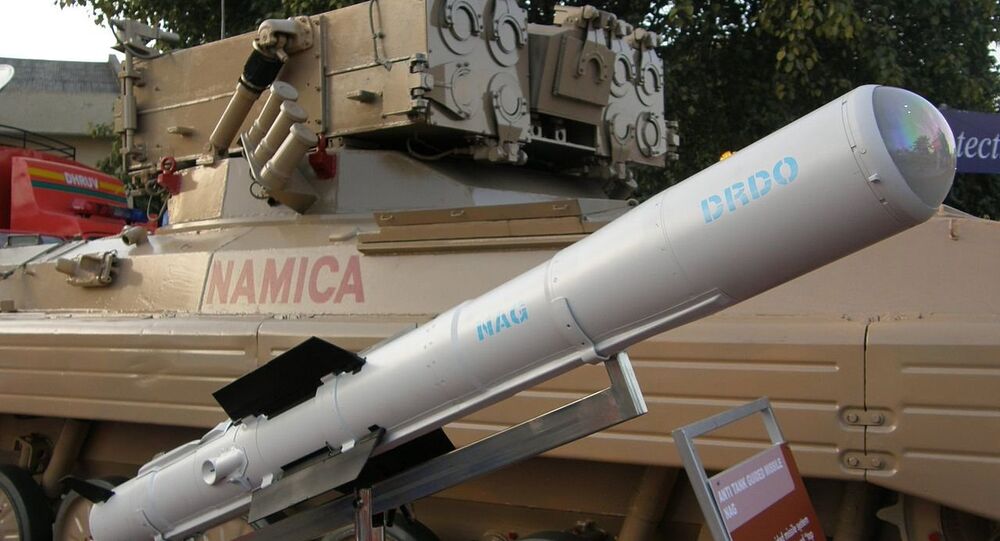 New Delhi (Sputnik): The Helicopter Launched Nag (HELINA) missile is guided by an Infrared Imaging Seeker (IIR) operating in Lock on Before Launch mode. The anti-tank guided missile, which has been called one of the most advanced Anti-Tank Weapons in the world, can be launched from both land and air-based platforms.

Amid a massive deployment of weapons systems along its northern border, India has successfully test fired a helicopter-launched third generation anti-tank guided missile, HELINA, in Balasore, a city in the state of Odisha, in full attack mode for its 7 km range.

Developed by the country’s Defence Research and Development Organisation (DRDO), the missile mounted on the advanced light helicopter is guided by an infrared imaging seeker, which provides day and night operational capabilities against low-silhouette tanks, both static and fast moving.

​“The system has all weather day and night capabilities and can defeat battle tanks with conventional armour as well as explosive reactive armour. The HELINA missile can engage targets both in direct hit mode as well as top attack mode,” the DRDO said while adding that a variant of the HELINA Weapon System called DHRUVASTRA is being inducted into the Indian Air Force (IAF).

Defence sources said that eight HELINA missiles can be integrated onto a Rudra helicopter, four on each side.