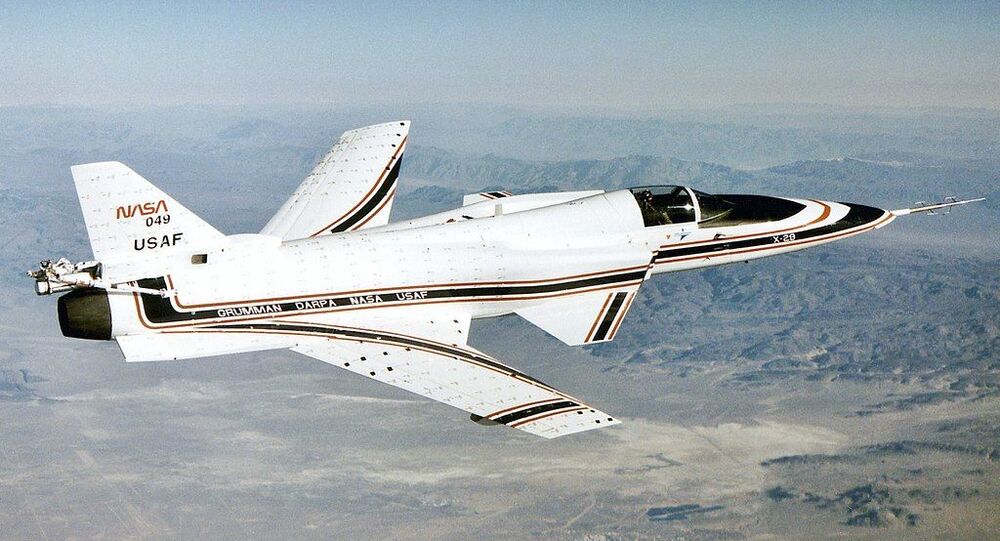 A recent news release by the Pentagon’s Defense Advanced Research Projects Agency (DARPA) has revealed the agency’s scientists are seeking to build an aircraft with the ability to change its shape as it flies.

DARPA announced on Tuesday it had selected three defense firms to work on Phase 0, the conceptual design phase, of an aircraft with “active flow control (AFC).” Such an aircraft would be able to change its shape in mid-flight.

The three competitors to work on the Control of Revolutionary Aircraft with Novel Effectors (CRANE) program are Aurora Flight Sciences, Lockheed Martin and Georgia Tech Research Corporation. Of the three, only Aurora has made a public statement about the award, noting late last month it had been given a $7.1 million contract by DARPA for the work.

“The performers are looking at using active flow control very early in the design scope. That’s the differentiating piece that hasn’t been done before,” Alexander Walan, the program manager for CRANE in DARPA’s Tactical Technology Office, said in the release. “AFC has been explored at a component level, but not as an integral piece of aircraft design. By altering the design approach, CRANE seeks to maximize the chance of a successful X-plane development while also integrating AFC into the aircraft’s stability and control.”

Since the Wright brothers’ first aircraft flew in 1903, airplanes have used hinged surfaces, such as flaps, ailerons and rudders, to change the shape of their wings or tails in small ways according to pilots’ in-flight needs. These affect how air flows over the wing, which can generate or dispel lift according to certain specific motions. However, a plane with AFC would have wings or tails that could change their entire shape, rather than just the fixed and limited changes allowed by hinged surfaces.

According to a January profile of the CRANE program from Scientific American, AFC can work by inflating or deflating the relevant parts of a plane’s skin by redirecting engine air through tiny, millimeter-wide holes; another way is to heat the air around the plane with tiny bursts of electrical pulses, which would also alter the airflow over the plane. The report notes that while AFC has long been a part of aerodynamic theory, it’s been previously dismissed as too demanding of power to be useful beyond limited application.

For example, several aircraft have used a feature called “blown flaps,” which redirects a small amount of engine exhaust into channels that instead push the air downward across the plane’s wing flaps, artificially generating increased lift. Numerous mid-century aircraft, like the US’ F-8 Crusader and F-4 Phantom II fighters, the Soviet Union’s MiG-21 and MiG-23 fighters and the UK’s Buccaneer maritime strike jet, used this feature to increase stability at lower speeds.

The difference now, however, is that DARPA wants such controls to be the defining feature of this new X-plane, not just an ancillary system.

“Active flow control technology has matured at the component level to the point where a potential leap forward in aircraft technology is possible,” Walan said in the release. “We see an opportunity with CRANE to open up the future design space for both defense and civilian applications.”

They may have strong reasons for believing so. In 2015, planemaker Boeing and the US space agency NASA teamed up to run tests on an AFC tail for a 757 airliner in the interests of shrinking that weighty part of the plane by at least 17%. Boeing noted that “the system may not be practical for an airplane in service, but tests performed at different altitudes and flight conditions successfully demonstrated the basic concept. Boeing and NASA will study voluminous data to determine next steps and the technology’s future viability.”

DARPA is often referred to as the Pentagon’s “mad scientist” division - a well-earned moniker that comes from such terrifying, futuristic projects as attempting to slow down time, building an unmanned flying gun and genetically engineering “spy plants.” The agency literally invented the internet. If there’s anybody who can make a foldable plane, it’s them.