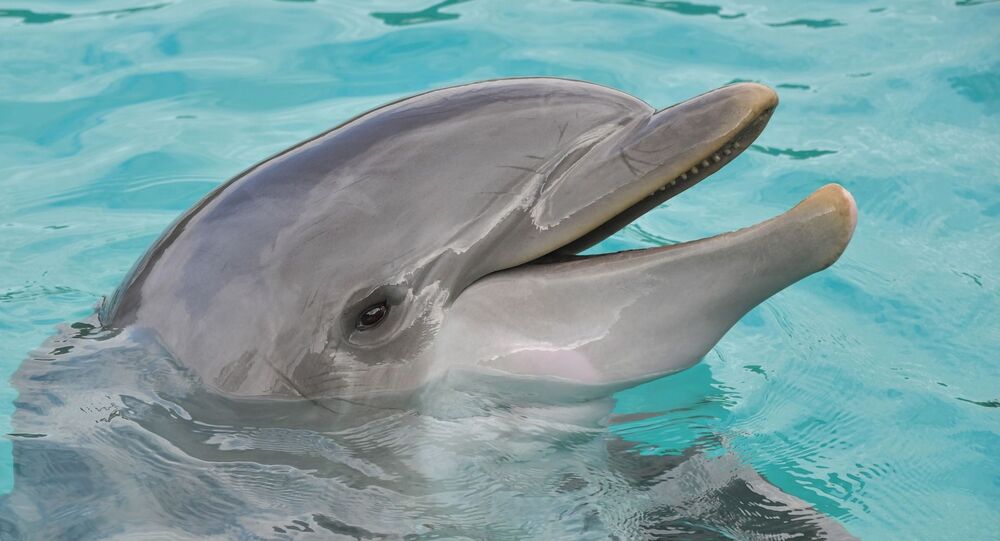 First it was a 14-legged killer squid two miles beneath Antarctica which could hypnotise its prey and paralyse humans at a distance of 150 feet using poisonous venom. Now the omnipotent, omnivillainous Russians are trying to weaponise yet another sea creature. Will they stop at nothing? Will someone please think of the goldish?

In a shock exclusive, Forbes Magazine’s resident ‘OSINT’ wizard and submarine ‘expert’ H I Sutton has revealed in 2018 the Russian Navy deployed trained dolphins to do their dastardly bidding.

He made the bombshell discovery while viewing satellite imagery of Tartus, the port at which Russia bases submarines are deployed to during the ongoing conflict in Syria. Details of how the dolphins got there, when, and what devilish activities they got up to are scant, and Sutton is unclear on many basic points…including whether they were even dolphins, and where they came from, although he’s pretty certain they hailed from a unit based near Sevastopol, Crimea, in the Black Sea.

“There is a possibility the mammals involved were seals instead of dolphins, but I believe dolphins to be more likely,” he writes, declining to clarify why he believes the latter to be more “likely” candidates than the former.

In any event, Sutton believes the dolphins would “likely” be used to counter enemy divers who might try to sabotage ships in the port, and “might” also retrieve objects from the sea floor, or “perform intelligence missions”. Again, quite how he drew these conclusions isn’t clear -another alternative, of course, could be they were part of a miniature ‘Sea World’ attraction installed at the base for the entertainment of the Navy. Or Russian naval officers simply like having dolphins around due to the soothing noises they make, and generally affable nature toward humans. It’s not evident why Sutton failed to consider these explanations, or if he did, why they weren’t included in his groundbreaking expose.

​His certainty they are dolphins, or at least some type of aquatic mammal, and being used for military purposes is largely based on a globally-shared viral story dating to May 2019, when a white beluga whale was discovered by fishermen off the coastline of northern Norway.

After discovery, it took up temporary residence in Finnmark's Tufjord, charming locals by dancing, playing with balls, and letting schoolchildren tap its nose.

While most took the shock appearance of the whale out of its natural flapping grounds as a freak accident of nature, others perceived a more threatening purpose to its presence. The whale was allegedly found wearing an empty camera harness, marked "Equipment of St. Petersburg". For some, this was proof the creature was in fact a malevolent foreign spy, being trained by the Russian Navy in Murmansk, which had escaped. Its tame, friendly nature would seem to contradict such a conclusion – but of course, anything connected in any way with Russia is inherently malicious and malignant, so there can be no other logical explanation.

The conclusion of Sutton article is truly troubling, for as the author is forced to concede – “we may never know exactly what the Russian Navy was doing with dolphins in Syria”. Whatever the truth of the matter though, as this is the Russian Navy we’re talking about, the answer is obviously exceedingly sinister, especially when one considers the alleged dolphins only occupied Tartus September - December 2018. This suggests to Sutton their presence “may have been a test” – or more ominously, “it may not have ended well”. Perhaps the dolphins mutinied and were duly court martialled – or perhaps the experiments  being performed on them by maniacal Russian military scientists created a legion of dangerous mutant killer dolphins straight from the pages of sci-fi horror, which had to be destroyed.

We may also never know exactly if they were even dolphins, or perhaps seals, or walruses, or some other monstrous mammalian maelstrom specially bred and weaponised by the Kremlin for inevitably malign, world-threatening purposes.

We may likewise never know what the initials in Sutton’s name stand for – they may stand for nothing, merely serving to make the author sound enigmatic, and look imposing and scholarly on book covers. We simply may never know the answer to all these eternal questions and more. And that’s the really, really frightening thing.