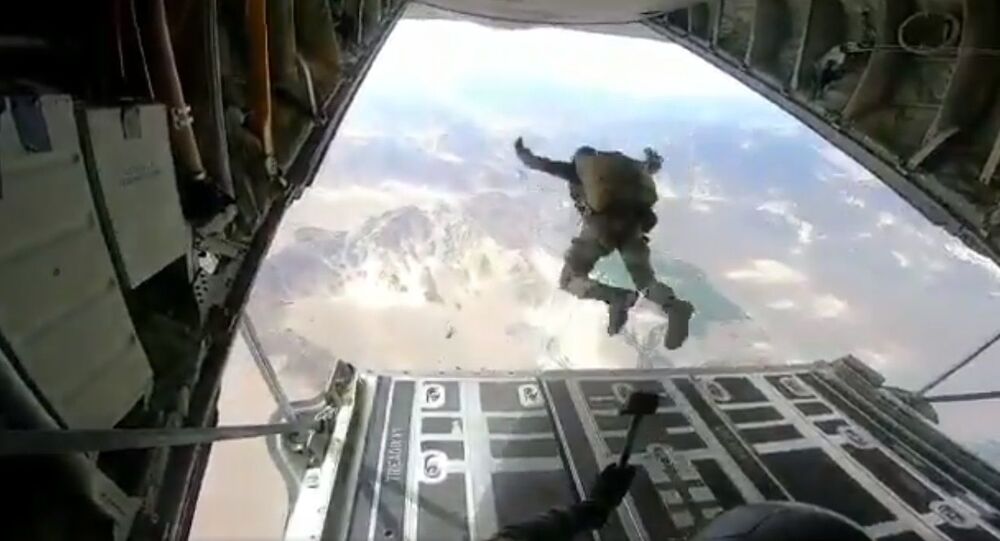 New Delhi (Sputnik): Indian defence minister Rajnath Singh is on a two-day visit to Ladakh; he is accompanied by Chief of Defence Staff General Bipin Rawat and Army Chief General MM Naravane. His visit has come at a time when India and China are still in talks to disengage troops along the Line of Actual Control and resolve the conflict.

Indian army personnel para-dropped near contested peak Pangong Tso, which is at a height of 4,350 metres, at Stakna area of the Leh district in Ladakh on Friday during defence minister Rajnath Singh's visit.

In the first video, they can be seen jumping off the Lockheed C-130 Hercules.

​The next video shows the view of Himalayas in the Eastern Ladakh sector, followed by smooth landing.

​Earlier in the day, Indian armed forces had carried out other military exercises in the Stakna area.

​The Indian defence minister's visit comes at a time when India and China have been engaged in negotiations to disengage in Depsang Valley and Pangong lake - where the China's People's Liberation Army has been camping in the four finger region of Pangong Tso, an area which had historically been under India's control.

​India and China have been engaged in a border standoff in the Eastern Ladakh sector and other different points along the 4,057-km Line of Actual Control since the last week of April.