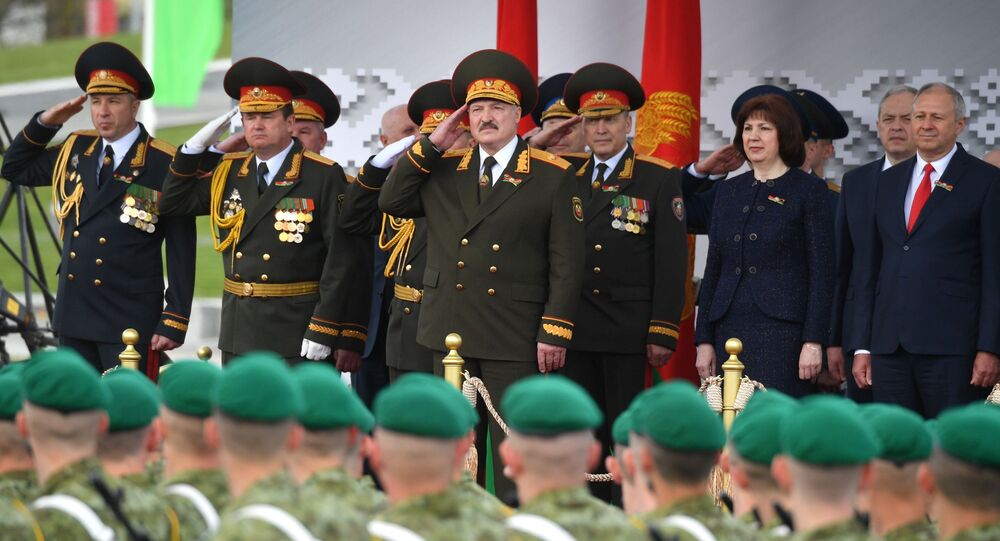 Commenting on the refurbishment of the nation's armed forces, Belarusian President Alexander Lukashenko reflected on the country's experience during the Great Patriotic War, noting that today, it would be "impossible" to unexpectedly start a war.

The president of Belarus, Alexander Lukashenko, revealed on Thursday that his nation has modernized its armed forces, by taking into consideration global wars and conflicts over the past several decades.

During a meeting with military chiefs, Lukashenko discussed several issues with personnel, noting that Minsk was following and analyzing legacy of conflicts in Afghanistan, Iraq, Chechnya and modern clashes in Syria and Libya.

"We have carefully studied the wars that have unfolded over a quarter of a century. And we, observing the level of modern warfare, have modernized our armed forces. During my time I had to make decisions four times to change our actions in conditions of armed conflicts," Lukashenko said.

Pondering the aftermath of the Great Patriotic War, the Belarusian president asserted that in the current era it is impossible to suddenly start a war and "throw armadas of planes even into the territory of Belarus", as now borders are protected in a far more advanced way than during the middle of the 20th century.

Lukashenko stressed that he learned that "gunpowder must be kept dry" and "those who are reluctant to feed their own soldiers, will be feeding foreign ones", suggesting that the people of Belarus "have learned it on their genetic level".

Reflecting on the experience of the Great Patriotic War, he offered that the high price of victory received in 1945 stemmed from failing to foresee the beginning of that war, adding that "our republic was flashed with the main shock force" in that war.