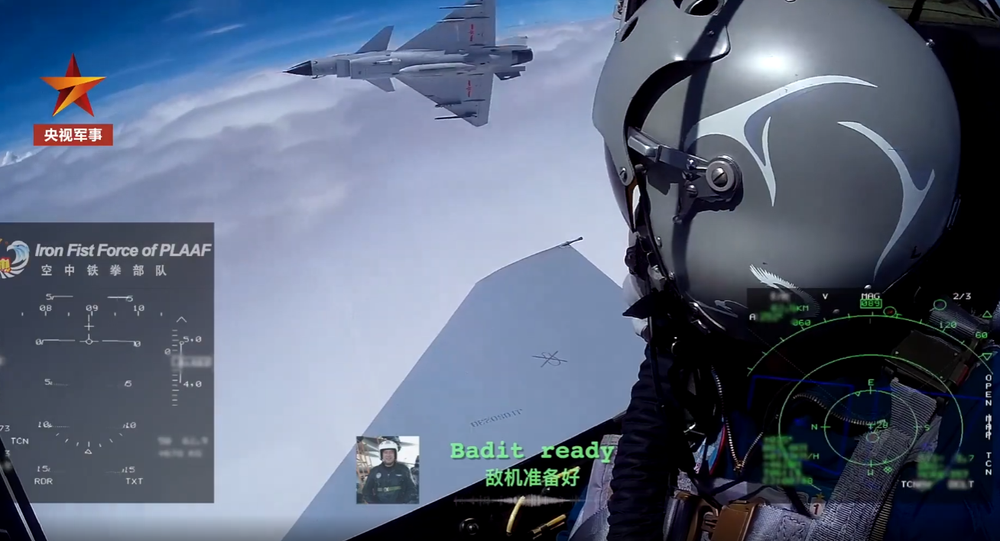 New air combat training footage from China’s People’s Liberation Army Air Force (PLAAF) provides viewers with a firsthand perspective of what it is like to operate a Chengdu J-10 single-engine, lightweight, multirole fighter jet during an aerial showdown.

PLAAF airmen identified by the radio callsigns “Jaeger 1” and “Jaeger 2” are overheard calling out aerial combat jargon as they engage in a mock air battle with “hostile” enemy forces. While most of the video is shown from the perspective of the J-10 cockpit, it appears that stock footage was also compiled into the 57-second clip.

The Chinese PLA Air Force recently released a video of fighter jets in dogfights for the first time. The Northern Theater Command brigade in the video is known for its notable combat record, having shot down or damaged 67 warplanes in the Korean War against the US. pic.twitter.com/StFd8q0nv8

The official newspaper of the Central Committee of the Communist Party of China also highlighted that this J-10 dogfight compilation is the first of its kind for the PLAAF.

“The Northern Theater Command brigade in the video is known for its notable combat record, having shot down or damaged 67 warplanes in the Korean War against the US,” read the newspaper’s July 15 tweet.

Clips included in the dogfight compilation appear to feature two-seat J-10As, the “combat-capable training version of the original J-10A,” according to The Drive.

One netizen theorized that the unit training in the video is more than likely the PLAAF’s 34th Air Brigade - if the fighter jets observed were in fact J-10A or J-10AS aircraft. They noted the brigade’s Qihe County headquarters is located within the Shandong Province and, therefore, under the Northern Theater Command.

Most likely yes, the 34th Air Brigade at Qihe similar to those ones ... since there is no other J-10A/AS unit within the NTC. pic.twitter.com/AvU6tadF1o

The on-screen radar seen throughout the video displays the label “Iron Fist Force of PLAAF,” which Alert5 noted is the 12th Fighter Division of the air force.