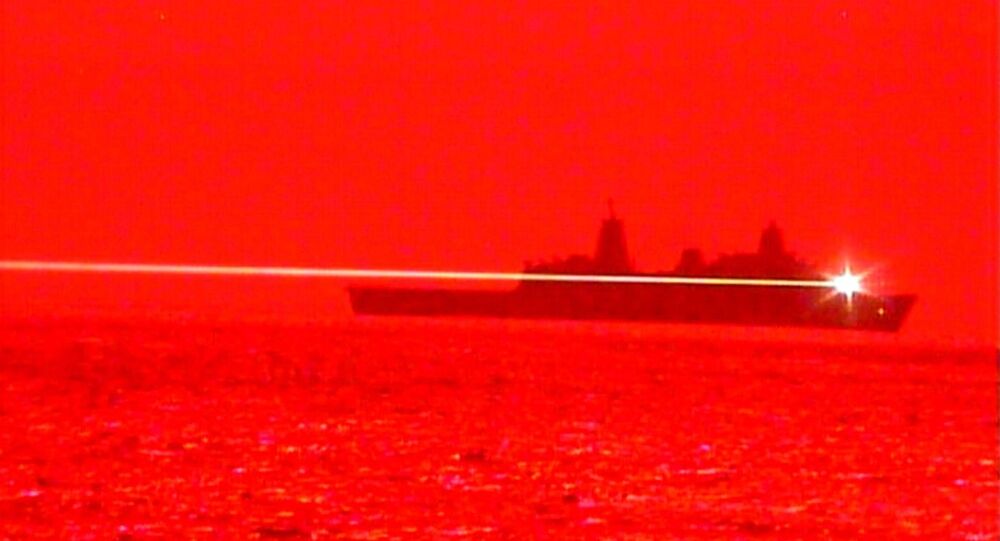 A senior US Navy figure working on directed energy weapons let slip recently that the service aims to put seven more laser defense systems on its warships by 2023. The Navy mounted its first such device on an active-duty destroyer earlier this year.

According to Frank Peterkin, the senior technologist for directed energy at the Office of Naval Research, the US Navy aims to mount seven more Optical Dazzling Interdictor, Navy (ODIN) laser defense systems on different warships over the next three years.

“We’re in a little bit of a golden age for collaboration now for directed energy,” Peterkin said, noting that all branches of the military are presently searching for ways to deploy, and increase the power of, laser weapons.

However, many at the Pentagon remain skeptical of the efficacy of directed energy weapons, which have long been dismissed as impractical elements of science fiction. “Trust is going to have to come from contact,” Peterkin said. “The warfighters in those communities have to actually be touching these weapons, using them, seeing them work.”

The Navy put its first ODIN system on an active-duty warship, the USS Dewey, back in February. The little, boxy system took the place of the bow close-in weapons system (CIWS), a point-defense autocannon that shoots down missiles.

However, ODIN isn’t going to be zapping any missiles or aircraft out of the sky; instead, it’s a “dazzler,” meaning it will use its laser beam to obstruct the functioning of systems on a drone or missile that might be used for targeting or reconnaissance.

According to Seapower Magazine, Peterkin said the ODINs would mostly be installed on surface combatants, such as the Flight II Arleigh Burke-class destroyers, like the Dewey. Other platforms might be San Antonio-class amphibious transport docks and Littoral Combat Ships, both of which have been considered for other new weapons, too.

“There have been discussions [about] even putting lasers on aircraft carriers,” Peterkin said.

The Navy is extremely concerned about both drones and missiles, The Drive noted. In the Persian Gulf, the Iranian military has used unmanned aircraft to get in close to US naval squadrons and conduct reconnaissance and sports an increasingly dangerous repertoire of anti-ship missiles, and in the Pacific, Chinese long-range anti-ship missiles pose a real danger to the US fleet.

Peterkin noted the Navy is also working on more powerful lasers that will actually be able to intercept missiles, such as the High Energy Laser with Integrated Optical-dazzler and Surveillance (HELIOS) and the Laser Weapons System Demonstrator (LWSD). Both are expected to have their power increased to at least 150 kilowatts, although an LWSD mounted on the amphibious transport dock USS Portland successfully zapped a drone out of the sky in a May test.

'You Don’t Want to Play Laser Tag With Us': US Warns China After 'Incident With American Spy Plane'