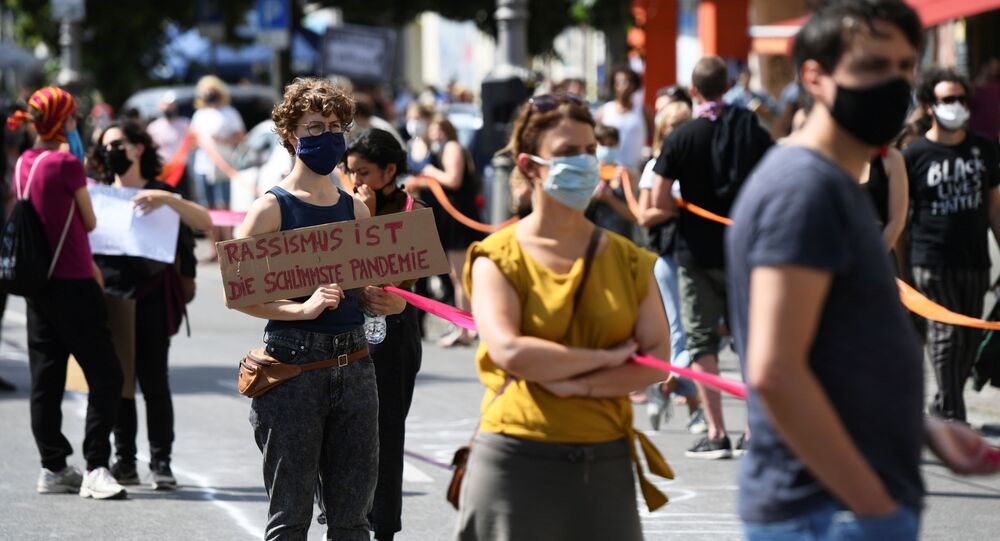 The station will be renamed Glinkastrasse, after a street which intersects Mohrenstrasse in the city’s Mitte district. It’s unclear whether the street itself will be renamed too.

Berlin’s Mohrenstrasse (Moor Street) underground station will be renamed before the end of 2020 due to racism concerns, it’s been reported.

The station’s name has been criticised for decades, but the debate became a decidedly heated and public one following the high-profile Black Lives Matter protests which claimed the streets of cities and towns the world over, including many in Germany.

During one Black Lives Matter protest in the country’s capital, demonstrators covered the station name with cardboard to rename it as ‘George Floyd Street’ - BVG, the city’s transit authority, has now confirmed the change will be permanent.

“As a cosmopolitan company and one of the largest employers in the capital, the BVG rejects any form of racism or other discrimination” the company said in a statement.

​It’s not the first-time place names in Germany have been changed due to political considerations, although previously amended titles have often been even more controversial.

In 2017 German Defense Minister Ursula Von Der Leyen announced that a number of Bundeswehr barracks that retained Nazi-era monikers should be renamed as part of a push to eradicate associations with the Third Reich.

For instance, the Marseille air force barracks in Appen was named after Captain Hans-Joachim Marseille, the “Star of Africa”, a fighter pilot who took part in the Battle of Britain and North African campaign, and shot down 158 Allied aircraft, more than any other Luftwaffe pilot. The Lent army barracks in Rotenburg was named after Colonel Helmut Lent, a “night-fighter” pilot who shot down 110 Allied aircaft, 102 at night. The Schulz-Lutz army barracks in Munster was named after Major General Adelbert Schulz, commander of the 7th Panzer Division, who served in the invasion of Belgium and died on the Eastern Front.

​The initiative was launched after a neo-Nazi terror cell was uncovered within the Bundeswehr, and several soldiers were arrested on suspicion of planning to carry out a “false flag” terror attack in order to blame it on refugees, including an officer who led a double life posing as a Syrian asylum-seeker. Nazi memorabilia was also reportedly found in numerous German military installations. Starting in 2018, the barracks began to be renamed.

Nonetheless, the Bundeswehr continues to utilise Nazi general and military theorist Erwin Rommel as its role model - popularly known as ‘Desert Fox’, he served as field marshal in the Wehrmacht during World War II. Two barracks in Germany are named after him, one of which, situated in Augustdorf, is located at 1 Field Marshal Rommel Street.