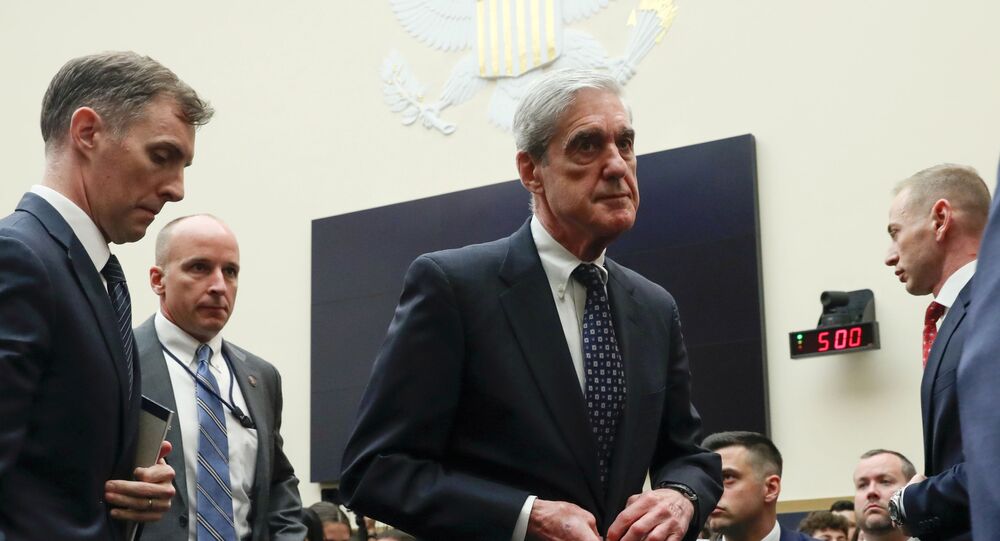 Attorney General William Barr was shocked when he met with special counsel Robert Mueller, before his ‘Trump-Russia’ report was published, it’s been claimed.

CNN legal analyst Jeffrey Toobin wrote about Barr's "first chance" to review the probe, 5th March 2019, in his forthcoming book True Crimes and Misdemeanors: The Investigation of Donald Trump – due to be published August, an advance excerpt has been published New Yorker magazine.

He described a "fairly relaxed session" in which Mueller "gave a brief introduction" to Barr and his staff - later however, Barr’s team noted Mueller “looked tired and old”.

“Because Mueller had been the focus of so much public attention for nearly two years and said so little in public, he had taken on an almost mythic status, even among people who once knew him well, like Barr. To see him after this exhausting enterprise was startling. He was an old 74," Toobin wrote.

​If true, their reportedly underwhelmed reaction was echoed by many in the media and politics when Mueller testified before the House Judiciary and Intelligence committees in July 2019, months after his report – which concluded there had been no collusion or even contact between any member of the Trump campaign and any Russian government official of any kind - was released. In all, the special counsel declined to answer 198 direct queries put to him by Committee members, and was simply unable to answer many others, as he seemingly hadn’t even read his own investigation’s report.

In his first interview following Mueller testifying, Trump took savage aim at him, saying the special counsel’s appearance made “Sleepy Joe” Biden - who was “fading fast” - “look like a dynamo”.

“When you watch Mueller’s performance…I think probably Biden is the one that asked him to go on,” the President joked.

Even Democratic House Intelligence Committee Chair Adam Schiff - a notably rabid advocate of the notion of collusion between Trump and the Kremlin, who once read out excerpts of the utterly discredited Steele dossier on the floor of Congress without shame -  admitted in a June Daily Beast podcast he too was “shocked” by the former FBI director’s embarrassing performance on the proverbial stand.

​"I’ve known Bob Mueller for a long time. I have tremendous respect for him. I think he’s just an amazing human being and public servant. He was not the man I knew just in terms of his strength of presence, it was quite surprising,” Schiff lamented.

There are now efforts underway by the Justice Department and Congressional Republicans to determine whether any US investigative agencies engaged in misconduct in pursuing probes against Trump and key campaign personnel.