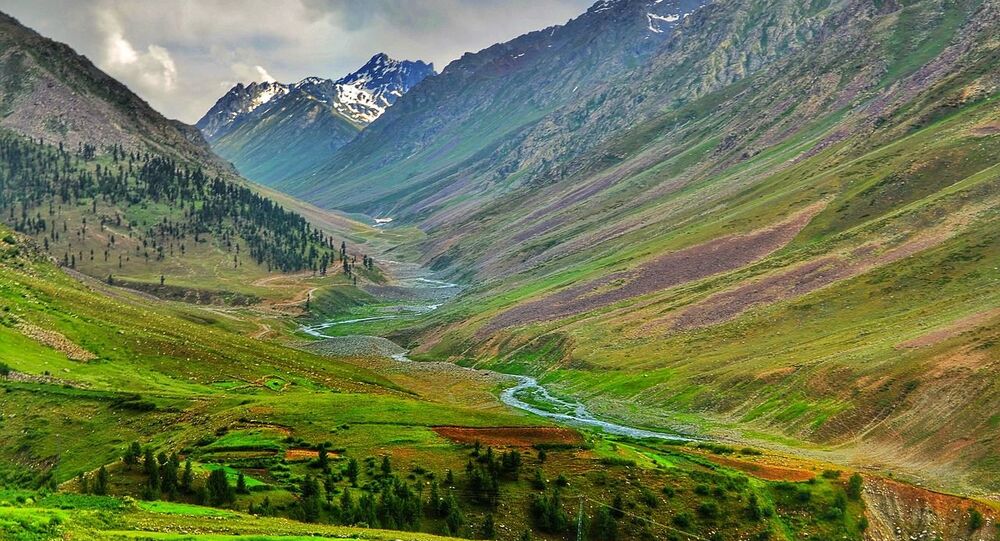 New Delhi (Sputnik): India and Pakistan have been at loggerheads since August 2019 when New Delhi stripped Jammu and Kashmir of its special status. With the rise in border tensions between India and China, Pakistan is looking for an opportunity to open up a two-pronged attack on India, say intelligence sources.

Pakistan has moved two divisions of troops along the Line of Control on its side of Kashmir and Gilgit Baltistan, the area that adjoins Ladakh on the north, intelligence sources have indicated. The development is being seen by Indian intelligence as part of Pakistan’s efforts to open up a two-front war with India.

As many as 20,000 Pakistani soldiers have been moved to the northern Ladakh region to match Chinese deployments, according to the sources. The level of troops Pakistan has deployed is greater than following the Balakot air strikes in 2019.

Sources have said there have been a series of meetings between Chinese and Pakistani officials in recent weeks, followed by the massing of troops in Gilgit-Baltistan.

Indian news website The Economic Times has quoted sources as saying that Chinese officials are holding talks with cadres of terror outfit Al Badr to incite violence in Jammu and Kashmir. Radars on the Pakistan-side are reportedly fully activated and on high alert.

© AP Photo / Zha Chunming/Xinhua
China Adds Six Times More Nuclear Warheads Than India in a Year, Report Reveals
Beijing and Islamabad are yet to comment on these reports.

China landed a refueller aircraft in Skardu in Pakistan-administered Kashmir earlier this week.

According to media reports, the rise in Chinese air activity near eastern Ladakh has raised the possibility of the Pakistan Air Force using airbases in Gilgit-Baltistan.

While India is holding talks with China on the disengagement of troops along the 4,057km Line of Actual Control, satellite images have shown a rise in troop deployments and armoured vehicles on both sides of the border.

The development comes just weeks after India and China engaged in violent clashes in Ladakh that left 20 Indian soldiers dead.