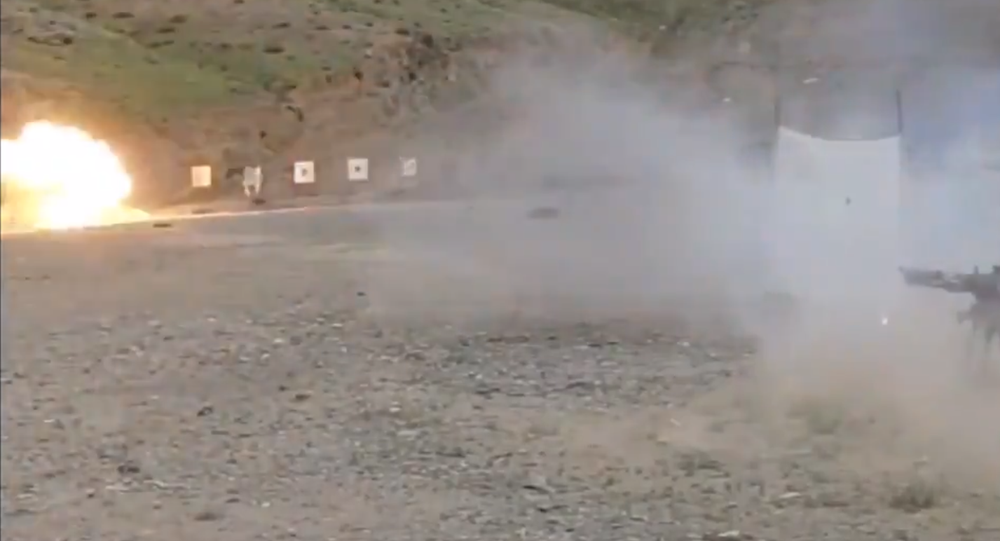 The new weapons, developed by a Revolutionary Guards’ agency responsible for military R&D, have been unveiled amid the Trump administration’s ongoing effort to convince the international community to continue to enforce an arms embargo against Tehran after its October expiry date.

The arms include the Qare’a, a disposable, lightweight rocket launcher made of composite materials, which features a rocket engine-powered 80 mm caliber missile. The weapon is said to have an effective range of 250 meters, and to be ideal for anti-fortification use.

Another of the R&D agency’s designs is a man-portable recoilless rifle dubbed the Nafez-2 (‘Penetrator-2’), a 19 kg anti-armour system which can also be used against enemy emplacements.

Finally, Koohestani unveiled the Ashtar, a unique, lightweight 7.62x64 mm sniper rifle with a range of up to one kilometer and a 24x optical scope.

It’s not clear from the report what stage of development the weapons are in, or whether they have been delivered to the military.

The Tasnim report comes just a day after the IRGC unveiled other arms, including a new armoured personnel carrier, drone and truck-mounted heavy machine-gun, all of them also developed by the Guards’ Ground Force Research and Self-Sufficiency Jihad Organization.

Despite spending just a fraction of what its regional adversaries and the US do on defence, Iran has managed to gain self-sufficiency in a range of areas, becoming one of just a handful of countries capable of building advanced drones and air defence systems, for example. The country began making a push toward self-sufficiency in defence in the 1980s after its US and Western European partners cut Tehran off from its traditional sources of arms following the Iranian Revolution and the Iraqi invasion. Before that, throughout the 1960s and 1970s, the country was one of the largest importers of US weapons systems in the Middle East.

Further moves toward self-sufficiency followed in 2010, after the United Nations Security Council introduced a weapons embargo against the Islamic Republic over its alleged nuclear program.

After 2015 and the signing of the Iran nuclear deal, the UN committed to lift its arms embargo in October 2020. However, beginning earlier this year, the US has lobbied to keep the restrictions in place, going so far as to argue that for all intents and purposes, Washington is still a party to the nuclear deal it withdrew from in 2018. Russian and Chinese diplomats have dismissed US lobbying efforts and hinted that they would veto any American effort to extend the embargo.