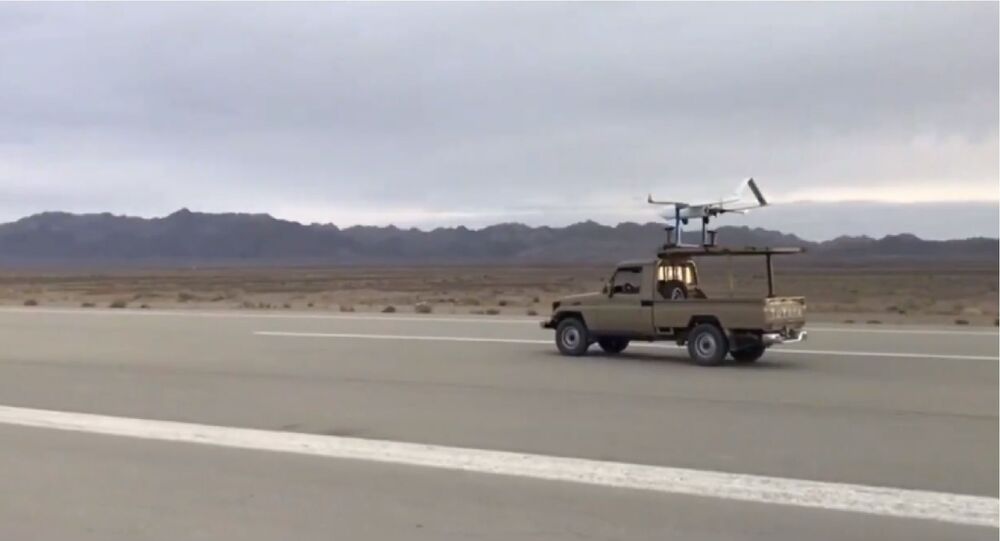 The Islamic Republic has been increasingly developing its domestic arms industry for years now, having started to do so in the face of international sanctions and its inability to buy weapons systems abroad. In recent years, the country has developed its own tanks, transports, radars, air defence systems, and jets, among other things.

The Islamic Revolutionary Guard Corps (IRGC) has presented the most recent additions to its arsenal of weapons, including a new armoured personnel carrier, a drone, and a machine gun, all of them manufactured by the Iran-based Research and Self-Sufficiency Jihad Organisation of the IRGC Ground Forces.

The armoured personnel carrier, BTR-50, is an upgraded version of its predecessor the Makran, boasting improved armour and a turret. The latter was fitted with a better fire-control system, a thermal night-vision system, and a distance measuring laser. The turret is armed with a 30 mm automatic cannon and a 7.62 mm machine gun, both of which can be controlled by the gunner from inside the carrier.

In addition to this, the IRGC revealed its newest drone, called Me’raj-1, which will complement the recently revealed domestically developed and manufactured Karrar combat-capable drone and Ababil spy drone. The Me’raj-1 is capable of travelling a distance of up to 1,000 kilometres, stay in the air for over 10 hours, rise to an altitude of 3.7 kilometres, and carry five kilograms of payload.

The Iranian armed forces have acquired new combat drones with a range of 1,000 kilometers.#Iran pic.twitter.com/2c04OqR4X9

The Iranian military also showcased their newest machine gun, the So’ban-1, a domestically made modification of Russia's PRD, and a mine-seeking machine. The latter can detect mines buried up to 30 cm deep in the ground at a distance of 30 metres, and is capable of sweeping minefields at a speed of 10 kilometres per hour.

The IRGC also unveiled their newest fighter jet, developed entirely by the country's own engineers. The Kosar-3 is the latest iteration of Kosar jets and is considered a fourth-generation fighter by the Iranian military. The aircraft has single and double seat variants and is designed for close-range air support missions.