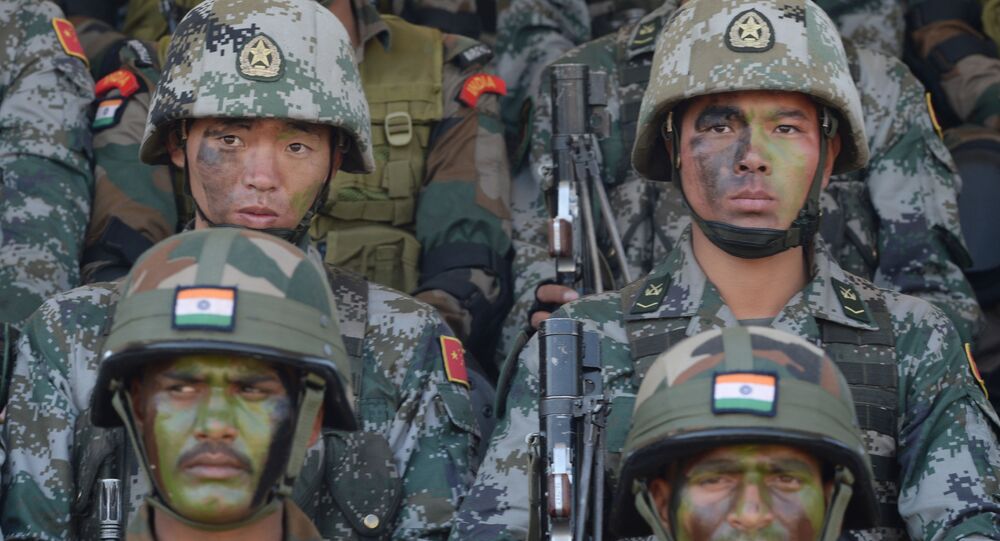 New Delhi (Sputnik): The Indian Army on Tuesday announced that it had reached a consensus with the Chinese People's Liberation Army (PLA) to disengage from the Galwan Valley and Pangong Tso. Army sources said that the disengagement process started on Wednesday evening.

The sources added that for the past two weeks, deployment by the People's Liberation Army (PLA) has increased in the region, which is 21 km from an Indian Army post in Depsang and southeast of Daulat Beg Oldie (DBO). Daulat Beg Oldie is very close to the Karakoram Pass separating China’s Xinjiang Autonomous Region from Ladakh.

Sources confirmed that Chinese heavy military vehicles and around 10,000 troops have reached the plains of Depsang. Moreover, some of these troops and vehicles have moved up to a place called Y-junction where the PLA had erected tents in April 2013, which were later removed after a three-week standoff.

Since the 'scene' seems to be shifting to DBO & Burtsa (Burtse) Y-junction -- here's to #China. We were always flying there & were clear that #LAC was way East. A shot of my logbook of 1980 of our missions to Burtsa. So, do not tweak history #galwanvalleyclash #ChinaIndiaFaceoff pic.twitter.com/MdTSYAEbM3

Soon after the April 2013 standoff, the Indian Air Force landed a C-130J Super Hercules transport plane at the Daulat Beg Oldie airstrip, reactivated after four decades in Ladakh near the Line of Actual Control (LAC).

© REUTERS / Adnan Abidi/File Photo
China Objects to India’s Ongoing Wargames in Northeastern Arunachal Pradesh - Report
India also created a new patrol base to stop any perceived attempts by the Chinese military to change the status quo in the region.

Meanwhile, the sources added that India has not witnessed any movement from the Chinese side in Arunachal Pradesh and Uttarakhand so far.

On Wednesday, senior Indian and Chinese diplomats met via a video conference and agreed to “implement the understanding on disengagement and de-escalation that was reached by the senior commanders on 6 June”.

However, satellite images from 22 June suggested that a Chinese observation post destroyed by the Indian Army on 15 June during a violent clash in Galwan, has been rebuilt.

Border conflicts are a permanent fixture of India-China relations due to the lack of clear demarcations along the 4,057-kilometre boundary. But the 15 June clash in the Galwan Valley was the first such clash to witness such heavy casualties. While India claimed to have lost 20 soldiers, China is yet to confirm the number of casualties on its side.