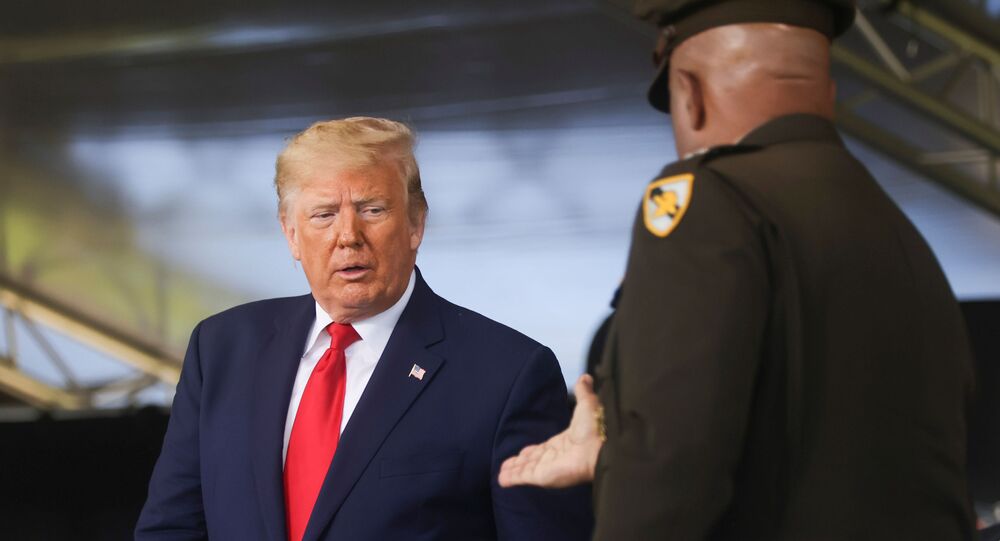 US President Donald Trump earlier on Monday made a statement on halving the US military presence in Germany, claiming that Berlin is "delinquent in their payments to NATO" and that the country "owns NATO billions and they know it".

Despite Donald Trump's intention to reduce the US troop presence in Germany, the head of the US Air Force in Germany, Gen. Jeffrey Harrigian, affirmed that he has not received any orders on withdrawing his forces, while talking to reporters on Thursday at the Defence Writers Group. He said that all the questions on the matter should be referred to the White House.

"At this point, I have not received any specific guidance directing me to do any specific planning on that", Harrigian said.

His remarks follow an intention voiced by Trump to remove 9,500 soldiers from Germany over alleged German "debts" to NATO, referring to the organisation's defence spending target of at least 2 percent of GDP with Berlin's 1.4 percent - a non-binding contractual bullet point that will nonetheless expire in 2024. Trump also expressed opposition to Germany importing Russian oil and claimed that US troops "protect" the country.

Trump's threat received steep criticism from US lawmakers, who quickly introduced legislation to block POTUS' suggestion, insisting that federal funds are not authorised to reduce the amount of Armed Force in Europe and maintaining military presence in the country is necessary to "deter further aggression from Russia or aggression from other adversaries".

Berlin did not see the move as unexpected, noting that current Berlin-White House bilateral relations are "difficult" and noting a lack of between the Trump administration and the German government. Commenting on Trump's statement, the German ambassador to Washington, Emily Haber, pledged that "the United States remains Germany's premier partner" outside of the EU, marking Berlin's commitment to maintain military and security cooperation with the United States.

Currently, an estimated 34,500 US troops are stationed in Germany, and over 30,000 US civilians and German citizens are working at the nation's military bases.

Germany's Heiko Maas Not Surprised by Uncoordinated US Move to Pull Troops, Sees Relations as Tough

Germany Informed of US Intention to Reduce Number of Troops to 25,000, Ambassador Says