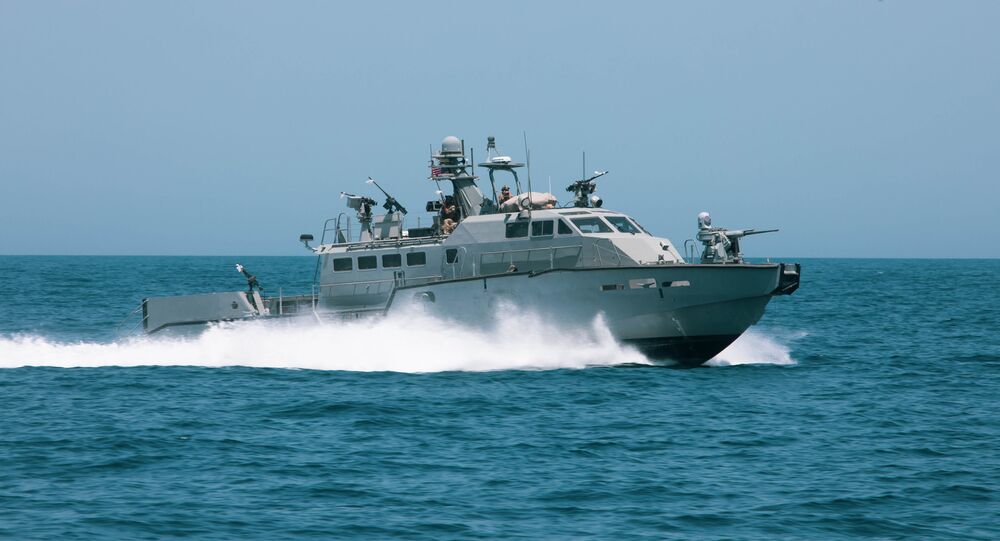 The US State Department has authorized Kiev to procure a 16-vessel Mark VI Patrol Boat fleet and associated weapons for around $600 million. Washington claims Kiev’s current forces are inadequate to combat vessels from neighboring countries.

The US Department of Defense’s Defense Security Cooperation Agency (DSCA) revealed on Wednesday that Washington and Kiev are one step closer to inking an estimated $600 million deal that would bolster Ukraine’s nearly non-existent defense against nearby adversaries.

“Ukraine’s military has an urgent need to strengthen its capabilities to patrol and police their [exclusive economic zone], territorial waters and protect their maritime interests," an unidentified official with the US State Department told Defense News.

The official went on to claim to the outlet that Ukraine needed the new military-grade shipments over what Washington has perceived as “persistent maritime threats” reportedly posed by Russian-led forces.

The DSCA release did not specify a particular threat to Kiev, but it did assert that the anticipated $600 million deal would benefit both Kiev and Washington.

“The proposed sale will support the foreign policy goals and national security objectives of the United States by improving the security of a partner country that is a force for political stability and economic progress in Europe,” the agency said.

“The proposed sale will improve Ukraine’s capability to meet current and future threats by providing a modern, fast, short-range vessel. Ukraine will utilize the vessels to better defend its territorial waters and protect other maritime interests.”

Relations between Ukraine and the US were previously put to the test during US President Donald Trump’s impeachment trial, which was launched over allegations that the president made military aid to Kiev conditional on the government’s announcement of an investigation into former Vice President Joe Biden and Hunter Biden, his adult son. The elder Biden will be Trump’s Democratic opponent in the November US presidential election.

After months of political theater, the US House of Representatives approved articles of impeachment on abuse of power and obstruction of Congress. However, Trump was acquitted of both charges in a nearly party-line Senate vote on February 5.

Despite having apparent knowledge of Trump’s alleged violations, former national security adviser John Bolton notably refused to testify during the impeachment proceedings, unless called upon by lawmakers. Bolton is now attempting to cash in on his firsthand evidence with his forthcoming Trump administration tell-all, “The Room Where It Happened.”

The former national security adviser to Trump is now blasting the US president as incompetent and unfit for office amid his polarizing press tour ahead of the book’s release, which is planned for next week.

(2/2) The United States stands strongly with Ukraine in support of its sovereignty and territorial integrity in the face of Russian aggression. #EUCOM #USUkrainePartnership pic.twitter.com/cafeMIUWwG

Most recently, the US Embassy in Kiev announced that its Office of Defense Cooperation received an aid package with more than $60 million worth of equipment. The delivery included Javelin anti-tank missiles, which were initially approved for sale by Congress in October 2019.