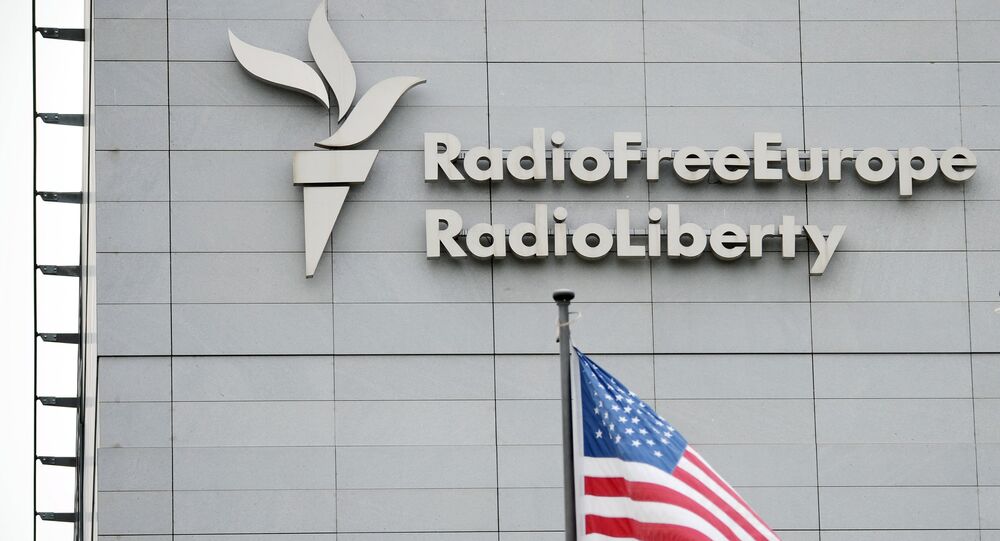 Unnamed sources allegedly described the mass-cull as a "Wednesday night massacre” to CNN, with at least two of the removals – that of Fly and Fernandez – said to have been unexpected. Liu was due to resign effective July, but was still fired outright by Pack.

The recently-appointed chief executive of US Agency for Global Media (USAGM) fired the heads of four separate organisations under the brand’s purview the evening of 17th June, triggering widespread condemnation in mainstream news outlets and among liberal lawmakers.

Michael Pack, a conservative filmmaker and close ally of former Trump campaign strategist and White House adviser Steve Bannon, was tapped to run USAGM by the President in June 2018, but his appointment remained in limbo until June this year due to the obstruction of Democratic Senators.

​Now, mere hours after finally taking the position and introducing himself to employees, Pack has dismissed Bay Fang of Radio Free Asia, Jamie Fly of Radio Free Europe/Radio Liberty, Alberto M. Fernandez of Middle East Broadcasting Networks and Emilio Vazquez of the Office of Cuba Broadcasting. Libby Liu of the Open Technology Fund, which operated for its first seven years of existence as a program of Radio Free Asia, has also been given her marching orders.

The day of his appointment, Pack sent an introductory memo to colleagues laying out his three objectives - boosting employee morale, "[examining] some of the problems that have surfaced in the media in recent years", and "[making] the agency more effective”. Anonymous sources also suggest in a converstaion with CNN that a member of Pack's transition team was instructed to root around in the office’s refuse and recycling bins for evidence of opposition to his appointment.

​Jeffrey Shapiro, likewise a Bannon ally, is expected to be named to lead the Office of Cuba Broadcasting. In 2017, he reportedly told colleagues his goal was to turn the USAGM – then-named the Broadcasting Board of Governors - into a "Bannon legacy”.

“As feared, Michael Pack has confirmed he is on a political mission to destroy the USAGM's independence and undermine its historic role. The wholesale firing of the Agency's network heads, and disbanding of corporate boards to install President Trump's political allies is an egregious breach of this organization's history and mission from which it may never recover,” Democratic Senator Bob Menendez, member of the Senate Foreign Relations Committee, said in a statement.

Eliot L. Engel, chair of the Committee, also expressed concern, stating he feared "USAGM's role as an unbiased news organisation is in jeopardy" under Pack's leadership, and the new chief "needs to understand that USAGM is not the Ministry of Information”.

Engel’s words are ironic given USAGM’s murky history, and overt avowal its coverage reflects “US national security interests”, the conglomerate’s assorted media assets established precisely to perpetuate pro-Washington propaganda — both in the nations and regions in which they broadcast, but also in the USA itself — and undermine and discredit ‘enemy’ governments.

As the Central Intelligence Agency documents on its own website, Radio Free Europe was born as a result of the June 1949 creation of the National Committee for Free Europe. Comprised of a prominent American businessmen, lawyers, and philanthropists — including Allen Dulles, who became Director of Central Intelligence in 1953 — the organization was "the public face of an innovative ‘psychological warfare' project" undertaken by the CIA.

"That operation would become one of the longest running and successful covert action campaigns ever mounted by the United States," the Agency coasts.

NCFE ran regular fund-raisers — called the Crusade for Freedom — in which American citizens were urged to donate "freedom dollars" to the organisation in order to break down the Iron Curtain. Endorsed by every President from Harry Truman to Richard Nixon, among others, the efforts didn’t produce sufficient sums to cover the costs of running the fund-raising campaigns themselves, let alone Radio Free Europe's budget. As a result, the CIA was forced to step in and provide a financial lifeline.

The origins of Voice of America go back even further - towards the end of World War Two, Frank Wisner, then-head of Office of Strategic Services, the forerunner of the CIA, proposed 250 Nazis be brought to the US from Europe, of which 100 would work for Voice of America, the rest employed at Radio Free Europe. Among them were individuals who'd been involved in 'weltanschauung' (worldview warfare), the forerunner of modern psychological warfare.

The names of the propaganda entities created by the Nazis on the Eastern Front were in many cases copied for the new American organisations - the front company behind Radio Liberation (now Liberty), American Committee for the Liberation of the Peoples of Russia, was an English translation of ‘Komitet Osvobozhdeniia Narodov Rossi', created by Heinrich Himmler during Operation Barbarossa to unite inhabitants of Nazi-occupied areas of the Soviet Union against Communism.