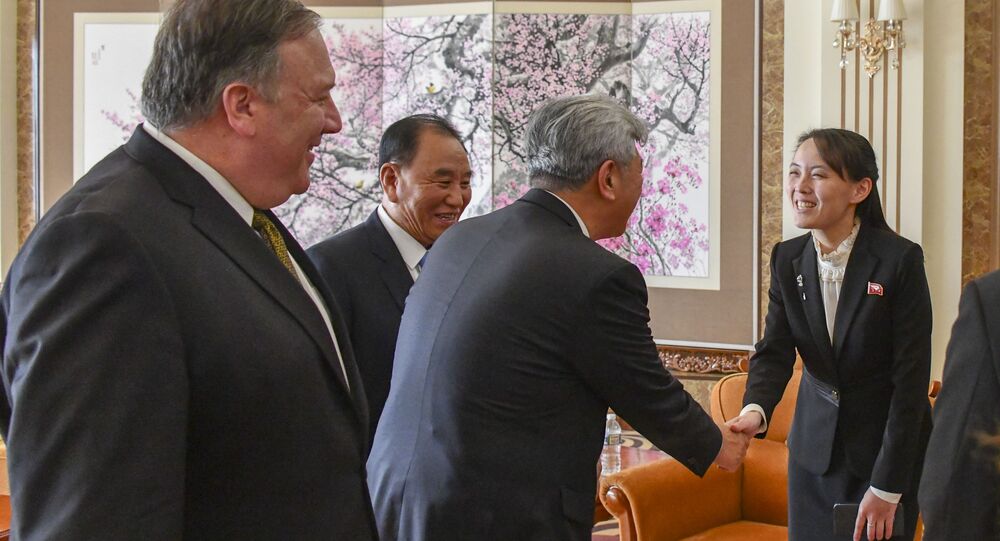 Pompeo recently urged Donald Trump to fire the State Department inspector general, who has been investigating whether the current State Department chief used a political appointee to carry out personal errands such as walking his dog and collecting up dry cleaning.

A House Democratic chairman in charge of national security oversight is demanding answers from the Central Intelligence Agency about whether Mike Pompeo used an outside advisory board to “curry favor for his political ambitions” while leading the agency.

In a letter obtained by POLITICO, Democrat Stephen Lynch, who heads the House Oversight Committee’s national security subpanel, requested the CIA reveal all it knew about the advisory board, citing previous news reports detailing Pompeo’s undisclosed board of external advisers, as well as internal Agency concerns the board was inappropriately weighted toward wealthy individuals and well-connected political figures.

“To date, the CIA has refused to identify the individuals selected by Pompeo to serve on the External Advisory Board during his tenure, as well as the role of his wife Susan, a private citizen, in organizing these events. It’s imperative the CIA remains independent of undue influence from partisan political interests,” Lynch wrote to current Director Gina Haspel.

New: Dem chairman is seeking answers from CIA about whether Pompeo used his outside advisory board first reported by Politico to “curry favor for his political ambitions.” Asks for full list of board members, which CIA has declined to disclose publicly. https://t.co/3ShWpMkE56

​Lynch also asked for “a complete and unredacted list” of Pompeo’s external advisory board members, which the agency has declined to divulge publicly as yet, a list of events the board held, and their total cost, including lodging, transportation and food. Former CIA officials who worked under Pompeo told POLITICO his external advisers were often treated to elaborate multiday experiences that included “lavish” dinners and classified briefings. Lynch has also asked for a list of those briefings and the board members’ level of security clearances.

“While Secretary Pompeo was Director of the CIA, he followed all agency protocols related to the External Advisory Board. Far from being lavish events, meetings were gruelling and focused on critical challenges for the Agency and held in the director’s conference room. Meetig agendas and logistics were solely prepared by Agency leadership. Director [Michael] Hayden established the board and it was a practice of CIA Directors from both political parties to continue the board. For Congressman Lynch to insinuate wrongdoing five months before an election is purely partisan politics on full display,” State Department spokesperson Morgan Ortagus said in a statement.

While it’s unknown what ‘advice’ the secret board has been giving Pompeo, it’s not the first time an external body connected to the CIA has caused controversy. In the 1970s, the Agency commissioned a “competitive analysis exercise”, dubbed Team B, to analyze threats posed to the US by the Soviet Union – its creation was partially inspired by the work of Cold Warrior Albert Wohlstetter, who accused the CIA of chronically underestimating Soviet military capability.

Team B’s roster of “outside experts” approved by then-Director of Central Intelligence George H. W. Bush – together, they concluded the Agency’s annual intelligence estimates systematically underestimated the USSR’s military power and misunderstood Moscow’s strategic intentions. Its findings were leaked to the media shortly after Jimmy Carter's 1976 presidential election win, precipitating a huge arms buildup during his administration which became turbocharged under his successor Ronald Reagan.

Cockburn on Bush at CIA: "It was Bush who appointed the notorious "Team B" to contradict in-house CIA analyses suggesting the Soviet threat was not as fearsome as that depicted on the cartoon (aka editorial) page of the Wall Street Journal."

​Many scholars and policymakers have condemned the project's findings as grossly inaccurate and misleading.

“[Team B] were wildly off the mark. Describing the Soviet Union, in 1976, as having 'a large and expanding Gross National Product’, it predicted it would modernize and expand its military at an awesome pace,” political scientist Fareed Zakria has noted.

Moreover, Anne Hessing Cahn, Chief of the Social Impact Staff at the Arms Control and Disarmament Agency 1977 - 1981, has said “all” of Team B's analysis of weapons systems was “fantasy”.

“If you go through most of Team B's specific allegations about weapons systems, and you just examine them one by one, they were all wrong,” she explained.