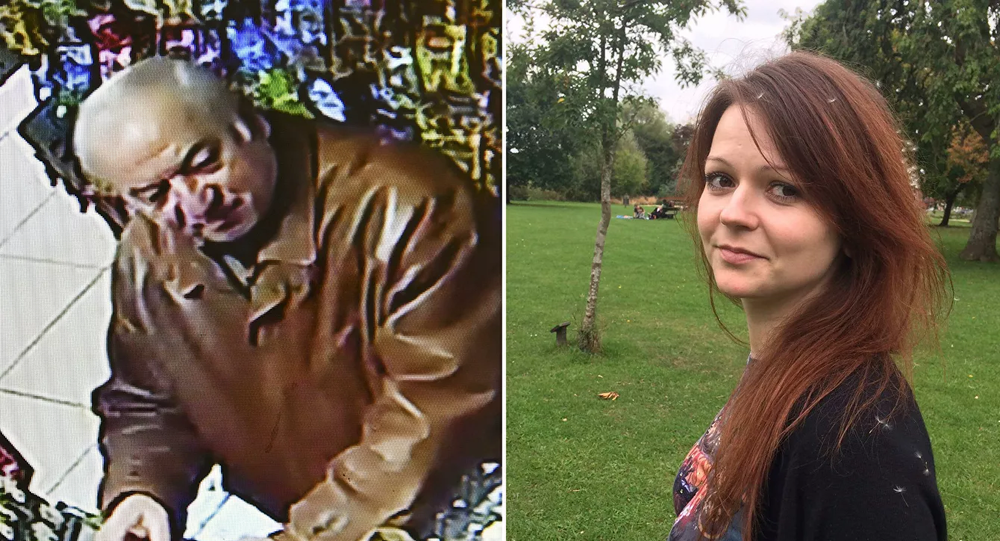 From 14th – 16th June, the BBC broadcast The Salisbury Poisonings, a three-part dramatization of the March 2018 poisonings of former Russian military intelligence officer Sergei Skripal and his daughter Yulia.

A review of the miniseries in The Guardian - which neglected to mention two Guardian journalists worked on the script, and intelligence agency propagandist Hamish De Bretton Gordon was a ‘military consultant’ – praised The Salisbury Poisonings as “admirably restrained”.

However, anyone familiar with the Skripal saga would surely suggest the show was only restrained when it came to facts, or at least alleged facts – and these lacunae are anything but admirable.

Strikingly, the BBC program doesn’t actually feature the poisoning of the Skripals at all, a curious artistic decision, particularly given the miniseries’ title.

If I'd been PM when the Salisbury Poisonings took place, I'd have prevented future attacks by spreading it around and letting everyone develop herd immunity. #TheSalisburyPoisonings

​A cynic may suggest this is at least in part because the UK government’s official narrative of the pair’s contamination is so utterly farcical not even the most creative mind could adapt it into an even vaguely plausible, serious drama. Whatever the truth of the matter though, commencing the show with the pair being found unconscious on a park bench allows the British state broadcaster to avoid depicting how two ruthless GRU assassins – who reportedly spent the previous night drawing as much attention to themselves as possible by loudly taking drugs and entertaining prostitutes in an East London hotel – travelled to Salisbury and applied lethal Novichok to Skripal’s front doorknob in broad daylight without being noted as suspicious, let alone noticed at all, by anyone.

It also allows the British state broadcaster to avoid documenting how the Skripals then left the house, became contaminated by both touching the doorknob for reasons unclear, and remained unaffected by the deadly substance for four hours, a period in which they fed ducks at a pond, gave several children nearby bread with which to feed the same ducks, one of whom ate said bread, then went to a pub and then Zizzis restaurant, before collapsing on the bench simultaneously. An entirely improbable chain of events, particularly given no children or ducks were harmed, yet the establishments they ate and drank at had to be closed, forcibly decontaminated then left closed for months after.

Other aspects of the ‘docudrama’ do attempt to address major issues with the official Salisbury narrative – although any viewer in search of a rational, logical or remotely believable explanation for the myriad of reality-defying anomalies plaguing every aspect of the case will surely be left wanting.

For instance, episode two features Detective Sergeant Nick Bailey being rushed to hospital due to his exposure to Novichok. While accounts of how he became contaminated have wildly varied in the two years since the incident, the BBC candidly depicts him rubbing his fingers, infected by Novichok after his investigation of Skripal’s home, into the soft tissues around his eyes. The program nonetheless accurately records it was 24 hours later the chemical weapon to take effect, but while the mystery of why what’s allegedly the world’s strongest nerve agent took so long to afflict Bailey is perhaps predictably unexplored, the scriptwriters nonetheless came up with an ingenious solution for another glaring enigma.

That’s very kind of you, but I’m not a local hero. Just went and did my job in the normal way.

​Over the course of those 24 hours, it’s been confirmed Bailey returned home, spent time with his wife and children, and went to bed, before returning to duty the next day – and in The Salisbury Poisonings, after his admission to hospital, a Porton Down employee and a Public Health England official discuss the results of a toxicology examination of Bailey’s house.

“It was found in almost every room…The kitchen, bathroom, living room, bedrooms. Even on the light switches. We found it in the family car too. But his wife and children haven’t been affected. I like to think of myself as a man of science, but the only word for that is a miracle,” the Porton Down staffer says.

It's unknown whether the UK government officially endorses the notion of divine intervention, or whether such claims will be making an appearance in the much-postponed inquest into the ever-mysterious death of Dawn Sturgess.

Sturgess died in July 2018 after allegedly coming into contact with Novichok. She came into contact with the substance after her boyfriend Charlie Rowley found a perfume bottle containing it in a charity collection bin eight miles away from Salisbury. She fell ill and was admitted to hospital the morning of 30th June, after spraying the substance onto her wrists – Rowley himself later became ill, and was likewise admitted to hospital. He spent 10 days in a coma and was released 20th July.

In September 2018, the Crown Prosecution Service charged two Russian men over the apparent attack on the Skripals, although charges relating to Sturgess and Rowley were absent – a conspicuous but understandable omission, given the perfume bottle was found in a sealed container a mere nine days before the pair became infected. How on Earth did the substance travel so far, and remain undetected for so long, particularly given the charity bin from which it emanated is said to be emptied every fortnight?

Unbelievable guff in The Salisbury Poisonings.
Silliest was when Porton Down expert is asked why this ultra toxic agent did not kill the Skripals, and he replies "it was cold".
Absolutely freezing inside Zizzis I hear. And of course Russians have lower core body temperatures?

​The Salisbury Poisonings deals with these seeming impossibilities simply by depicting Rowley scavenging the bottle not long after the Skripals are admitted to hospital.

Whether Sturgess’ grieving parents watched the program, and what they made of it, isn’t known as yet, but what’s clear is they themselves have numerous questions they wish the government to answer. In an exclusive interview with The Guardian in February 2019, made clear they felt no ill-will towards Russia over Dawn’s death, and didn’t care whether the two men accused of targeting the Skripals were ever brought to justice.

“I want justice from our own government. What are they hiding? I don’t think they have given us all the facts. If anyone, I blame the government for putting Skripal in Salisbury,” Stan explained.

On top of hammy acting, The Salisbury Poisonings is also rife with clips of actual contemporary BBC news reports on the event broadcast in the days immediately following the Skripals’ hospitalisation. However, not once does a report feature BBC Diplomatic Editor Mark Urban, who presented all items on flagship political show Newsnight about the incident.

The reason for Urban’s non-appearance may be explained by the British state broadcaster not wishing to highlight how transcendentally weird it was for Urban not to mention he’d spent much of the preceding year conducting candid interviews with Skripal in his Salisbury home until four months after the former spy was poisoned.

Urban unbelievably claims he merely found the number of Skripal’s MI6-purchased home in a phone book and placed a call requesting a meeting – far more unbelievably though, he once served in the same tank regiment as Pablo Miller, Skripal's MI6 recruiter and handler, and neighbour in Salisbury.

Immediately after the Skripals were found, he deleted his LinkedIn account, which revealed him to be a Senior Analyst at Orbis Intelligence, the private "investigative consultancy" run by former MI6 operative Christopher Steele, author of a highly controversial and utterly discredited dossier which alleged Donald Trump was colluding with the Kremlin.

Furthermore, on 7th March 2018 the UK government issued a D-notice related to the Salisbury incident, effectively blocking mention of Miller in the mainstream media.

"The issue surrounding the identity of former MI6 informer Sergei Skripal is already widely available in the public domain. However, the identities of intelligence agency personnel associated with Sergei Skripal are not yet widely available in the public domain. The provisions of DSMA Notice 05 therefore apply to these identities. If any editor is currently considering publication of such material, may I ask you to seek [the] advice [of the Defence and Security Media Advisory Committee] before doing so?" the notice reads.

Suffice to say, Miller doesn’t feature in The Salisbury Poisonings either.