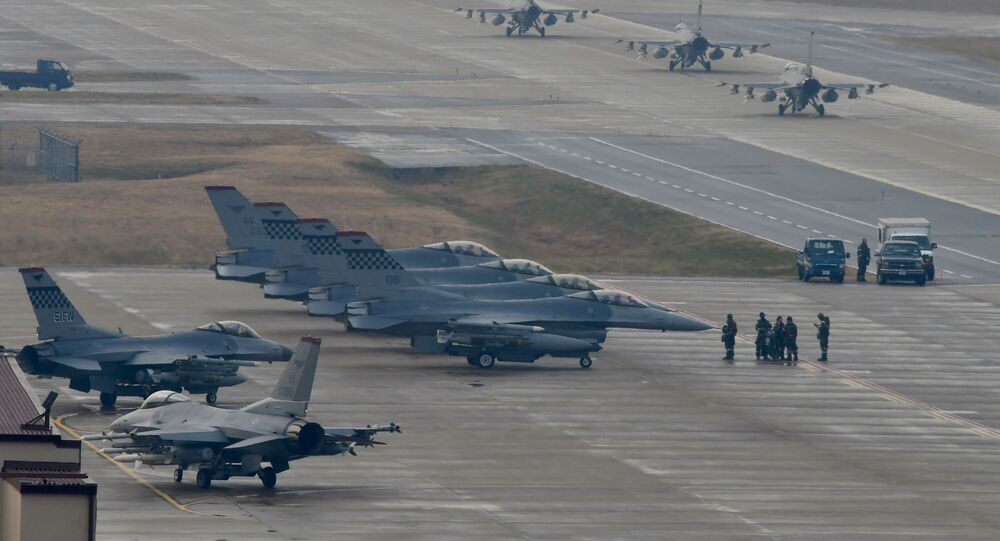 SEOUL (Sputnik) - South Korea has increased monitoring and combat readiness along its border with North Korea amid escalating tensions between Seoul and Pyongyang, the Yonhap state news agency reported on Monday.

“We are closely monitoring the North Korean military's moves and are maintaining a firm military readiness posture. As of yet, there has been no incident to give additional explanations on," Seoul’s Joint Chiefs of Staff spokesperson Kim Jun-rak told a regular press briefing, as quoted by the Yonhap state news agency.

According to Yonhap, South Korean Defense Minister Jeong Kyeong-doo said earlier that Seoul had allocated a record budget amount to shore up its defensive capabilities.

“In order to effectively curb and respond to North Korea's evolving nuclear and missile threats, our military will ... continue to develop various measures to implement a catered deterrence strategy based on a firm South Korea-U.S. alliance," Jeong said at a seminar, the agency reported.

A statement over the weekend from Kim Yo Jong, the sister of North Korean leader Kim Jong-Un, ratcheted up tensions by threatening to invoke military retaliation.

The statement came in response to activists sending balloons with food and anti-Pyongyang messages over the border from the south.