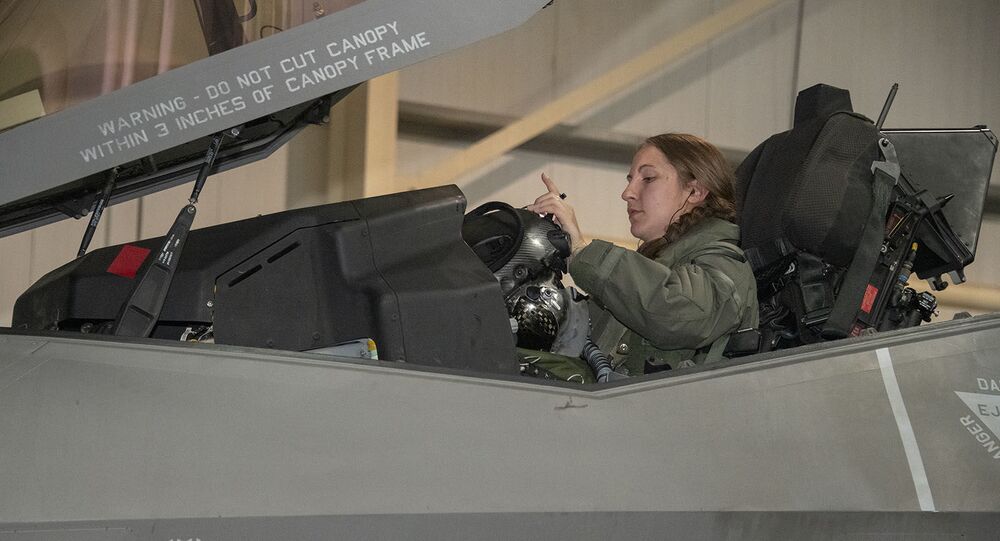 The maintenance team who helped Emily Thompson launch her F-35 fighter jet was an all-female crew, in what prompted her to suggest "the number of women flying the F-35 is just going to continue to grow".

US Air Force (USAF) Captain Emily Thompson has become the first female fighter pilot to fly the American stealth fighter jet F-35A, according to a press release by the USAF Central Command.

The press released said earlier this week that Thompson recently flew the fifth-generation jet into battle, after the F-35A lifted off from the Al Dhafra Air Base in the United Arab Emirates en route to an undisclosed location in the Middle East.

In an interview published on the USAF website, she said that “this is my first deployment, so for me it was a pretty big deal, the first combat sortie for me” and that “being the first female” is certainly “a pretty big honour”.

She remained upbeat about a “bright future” of similar flights, saying that “there is a number of us already in the F-35 and I think the number is just going to continue to grow”.

“It’s a very supportive community, it’s very open, I think the opportunity for women to really excel in the F-35 is definitely there”, she underlined.

Notably, Thompson had an all-female maintenance crew on the day of her first combat sortie, including Airman First Class Ashlin Randolph.

A weapons load crew member, Randolph admitted that she always gets “really nervous, so I had medics, my lieutenants, and intelligence [personnel] and they were all females”, who were “all there to support me”.

Described as the most expensive warplane in history, the F-35, however, reportedly continues to face an array of technical troubles that could put the lives of its pilots at risk.

Lockheed Boasts Fixing Most, But Not All, of F-35’s Key Flaws Five Years After Jet's Introduction