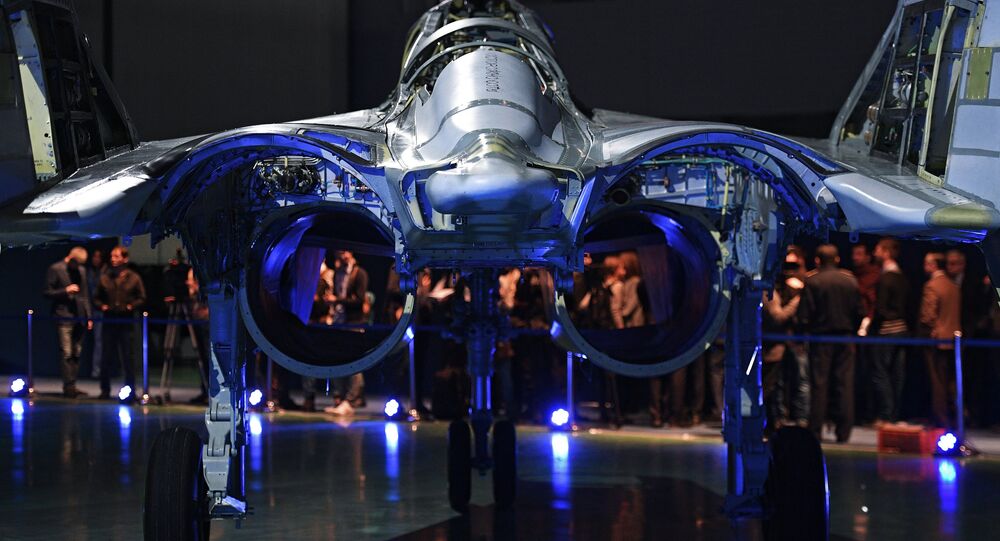 MOSCOW (Sputnik) - Russia's next-generation fighter jet, the MiG-35 will be equipped with a new expert system capable of providing pilots with recommendations in various difficult situations, Dmitry Selivanov, a test pilot at the MiG aircraft corporation (part of Rostec), has said in an interview with Sputnik.

"Everything in the new fighter is aimed at helping the pilot. In a critical situation, it can even suggest what should be done. Apart from that, an expert system is being developed, which will direct the pilot in difficult situations", Selivanov said.

The fighter is already equipped with a voice assistant, the test pilot added.

"We call her Rita, the voice communicant. Her voice remains pleasant and calm even if a fire hits the engine. She does not talk all the time; she just makes recommendations if the plane approaches some restrictions. Hints are also provided during combat usage", Selivanov said.

No abnormal situations have been recorded during MiG-35 tests the pilot went on to say.

"The most difficult emergency situations are being tested on the ground, through simulators. This involves the cut-off of one engine or failure of a key system. Of course, no one would test such emergencies during flights. The most important thing is that the test pilot is always ready for any developments. To ensure this, he should be well versed in the technical equipment. Nothing serious has happened to MiG-35 yet. There were only some routine issues, which were later adjusted", Selivanov added.

The MiG-35 is a 4++ generation aircraft, designed to destroy air targets day and night, regardless of weather conditions, as well as engage moving and fixed ground targets. Its main features include radar visibility, a quad-redundant fly-by-wire flight control system, and advanced avionics (cutting-edge radar and optical systems, as well as a helmet-mounted targeting system).