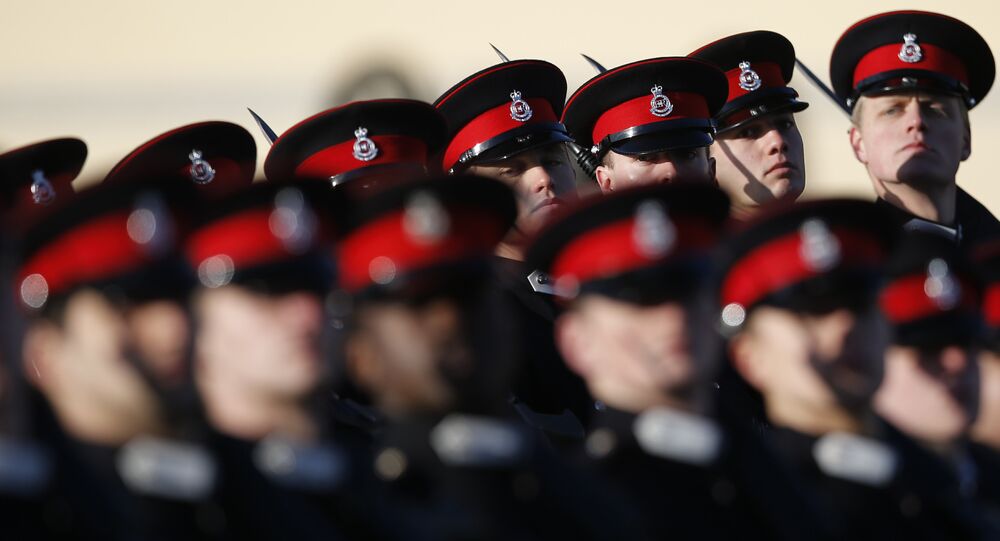 "It’s with great sympathy we can confirm the death of an individual at Clive Barracks. The circumstances surrounding this death are being investigated and it would be inappropriate to comment any further at this time. Our thoughts are with the individual's family and friends,” an MoD spokesperson stated.

The Ministry of Defence has launched an investigation after a man was found dead at a British Army base in Shropshire 7th June.The body was discovered morning at Clive Barracks in Tern Hill, the current base of the 1st battalion of the Royal Irish Regiment.

An MoD spokesperson said in a statement the circumstances of the man's death are being investigated.

It comes a mere six months after soldier Bernard Mongan was fiound dead in his bedroom at Catterick Garrison, Yorkshire in December 2019 - a military fatality that somehow went undiscovered for three weeks.

I just supported this case! https://t.co/JtevzgjMYm via @CrowdJustice

​The Iraq War veteran, who’d been working in military signals intelligence, was at the time of his death due to transfer to shadowy British Army psyops unit 77th Brigade at Dennison Barracks, Berkshire - but somehow Mongan ’s superiors at both camps failed to spot he was not on duty, or apparently conduct even the most basic searches for him. Due to the passage of time, his body was so badly decomposed at the time of its discovery his cause of death may never be known.

Mongan had previously been the victim of vicious, racist bullying in the Army - in November 2018, two soldiers from Northern Ireland stationed at Catterick attacked him on the basis of his southern Irish accent, calling him a terrorist, violently beating him to the ground and leaving him black and blue. The incident was reported and an official investigation continued until November 2019 - its outcome is unknown.

At the time of his death, Colonel Richard Kemp, a former commander of British troops in Afghanistan, said Mongan’s death was “the sort of tragic story we sometimes hear about a friendless pensioner who dies alone”.

“I have never before heard or experienced anything remotely like it about a serving member of the Armed Forces on a military base. The Army is usually scrupulous about accounting for every individual, and there is a well known military aphorism ‘no man left behind’. It seems like this man was left behind, and this very sad affair can only be due to a number of leaders failing to do their jobs,” he lamented.

Trevor Coult, a former Army colour sergeant who won the Military Cross in Iraq, said the mysterious incident was “the worst case of a failure of a duty of care I have ever come across”.

“His room should have been one of the first places that they checked when it was clear he was missing. This is standard practice. Heads should roll for this. It’s unthinkable a soldier could be dead for so long inside a barracks,” he fulminated.