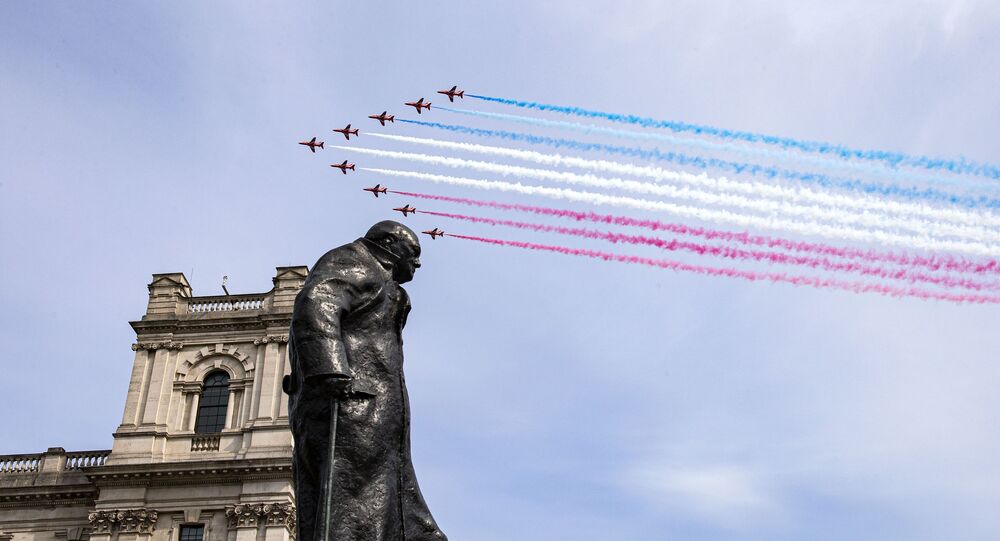 Prior to sentencing, the RAF reservist was subject to a psychiatric report. The report revealed he was suffering from a mental disorder at the time - and strikingly, concluded it was reasonable to assume the offences had been influenced by Roberts’ career and professional work in the RAF.

A Royal Air Force reservist was handed a two-year community order and ordered to carry out 200 hours of unpaid community service, after stalking two men and their families over a five-year period.

​Christopher Roberts, 50, targeted his innocent victims by slashing their tyres, delivering menacing letters to them and their family members, including children, and threatening to distribute leaflets claiming they were paedophiles.

Hollie Gilbery, prosecuting the case, said the stalking of the first complainant started when two letters were posted to his home, one to him and one to his young teenage daughter.

“The letter contained allegations that the complainant had an affair with the defendant’s wife. Thankfully the complainant intercepted both letters before the daughter could see it,” she explained.

A few months later, the victim’s tyres were slashed outside the family home in Newquay. He then received a letter stating this was "just the start" and Roberts would "need to get closure before I start hurting people".

​He was also told in a letter Roberts had seen his daughter out running.

After yet further letters and Facebook messages the victim and his family moved home as they feared for their safety - the contact duly stopped for a period, but then in May 2018 the letters from Roberts resumed at their new address, which again accused the man of having an affair with his wife.

Roberts then contacted the victim’s wife at work, again mentioning an affair. The woman was distraught the culprit had discovered her place of work. In February 2019, the letters became even more sinister, one including a picture of the victim and details of his address, along with a caption saying he was a child rapist. The letter said the complainant had five days to admit and apologise for what he’d done or else the letter would be distributed on a monthly basis. Another letter had a picture of the victim’s daughter with a caption saying "I suck my dad’s c**k for pocket money and swallow his c*m because I’m a slag" with further threats to distribute in the town. Similar letters were also sent to the victim’s place of work.

Further letters followed to the victim’s home and workplace and he likewise received a letter claiming he was a paedophile with his picture and home address details attached. The complainant’s father and son also received letters.

In early 2019, Roberts’ behaviour escalated even further. When the second man was walking home from work one day he saw a letter on the pavement with his picture and address on it naming him as a paedophile - he went on to find four further letters of a similar ilk on the same journey. The victim said the letters left him feeling vulnerable to an attack as the culprit may have been lurking nearby.

Police were eventually able to trace Roberts, who has no previous convictions, and he was arrested. He went on to make full admissions and pleaded guilty to the offences at the earliest opportunity in court.

You can find out more about your rights and responsibilities as a Reservist here at https://t.co/KjM8XCp4xB

​Gilbery also read out personal statements from victims to the court - the first complainant and his wife described how Roberts instilled fear into every aspect of their lives, including concerns for their daughter’s safety.

“Not knowing if this was someone we knew, we became distrustful of everyone,” the victim’s wife said.

The second complainant said their ordeal had put an active strain on him and his family, including his relationship with his wife and their children. He added he installed CCTV at his home at a great cost.

His wife said the letters naming her husband as a paedophile brought the case to a “new level”, and that life became “a living nightmare”.

“The victim personal statements set out in harrowing detail the effect of your behaviour on these two men and you utterly terrified them and their families. This extreme and utterly wicked behaviour was designed to and did significantly affect their lives,” said sentencing Judge Linford.

Nonetheless, Linford said he’d read all reports available to him, including references from Roberts’ RAF bosses.

“This behaviour is, it seems, wholly out of character. You have been an RAF reservist full time for many, many years and served this country well both here and abroad and you are still employed by the RAF,”  Linford added.

A restraining order bars Roberts from contacting the victims and their families both directly and indirectly for a period of ten years.

Ironically, on the same day Roberts was convicted, the UK Ministry of Defence has launched a review to “maximise” the contribution of the UK’s reserve forces, and establish “how best to harness” their “specialist knowledge and expertise”, “with particular emphasis on how defence can unlock their potential to support wider government, business and society”. The MoD is fielding views from across defence and other government departments, as well as employers in business, and academia in the UK and internationally, to determine “fresh ways the reserves could contribute to defence and wider government objectives by the end of the decade”.

“Reservists are an exceptional group of people with specialist skills and expertise in a wide range of sectors. Their integral role within our nation’s Armed Forces has been demonstrated once again in the support they have provided during the coronavirus pandemic. It’s crucial we look towards the future, not only to consider how best to utilise our existing talent but also how we can strengthen the role of Reserves for generations to come,” Minister for the Armed Forces James Heappey, a former major in the British Army, said.

VE Day 75: Why Eisenhower Overruled the British and Let the Red Army Win the Race to Berlin in 1945