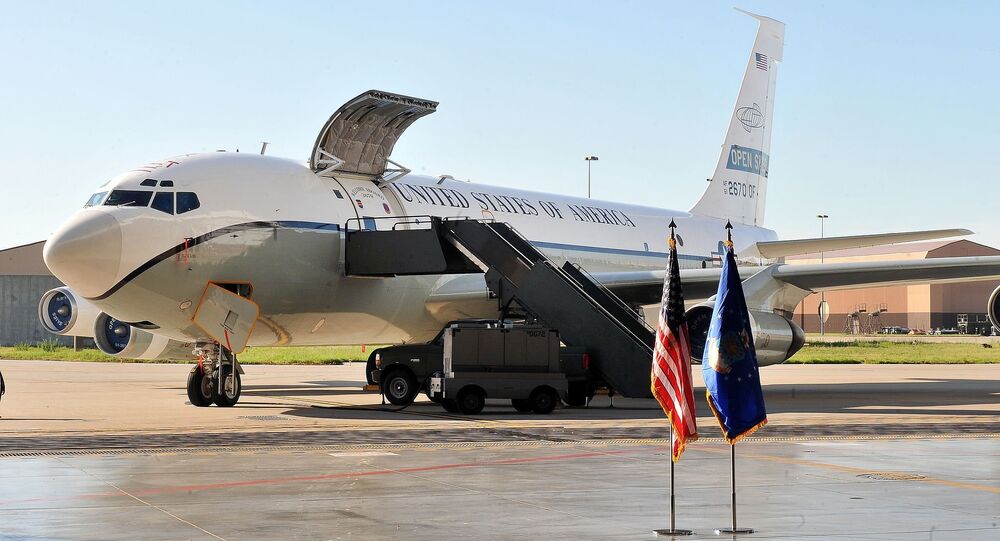 Earlier in May, President Donald Trump announced that the US would withdraw from the Open Skies Treaty due to alleged violations of the agreement by Russia. Moscow denies the accusations, stressing that it intends to further fully comply with the treaty’s provisions.

President Donald Trump's decision to withdraw Washington from the Open Skies Treaty (OST) did not come as a surprise to Moscow, Russia’s Ambassador to the US Anatoly Antonov has told Zvezda, the official television broadcaster for the Russian Defence Ministry.

“In recent years, we have witnessed consistent and methodical destruction of the arms control architecture”, Antonov said, referring to the US’ previous exit from the Anti-Ballistic Missile (ABM) Treaty, “the cornerstone of strategic stability”, and the Intermediate-Range Nuclear Forces (INF) Treaty.

As far as the OST is concerned, the Russian ambassador predicted that “opponents of arms control will certainly continue their policy line aimed at destroying the treaty” at the end of the day.

According to Antonov, now that Washington has launched the procedure of withdrawing from the OST, “we will have a situation in six months that the treaty will exist but without the US”.

“At the same time, the US is already now signalling readiness to  deliver its OST aircraft to its allies so that they collect information about military activity of the Russian Armed Forces”, he pointed out, adding that the Americans apparently hope to receive  surveillance-related data “as if they are still [an OST] signatory”.

“And here the question arises about how we will respond [to all this]”, Antonov underscored.

Moscow Warns Against Any OST-Related Ultimatums

The ambassador’s remarks come after Russian Deputy Foreign Minister Sergei Ryabkov rejected as ludicrous allegations by US Secretary of State Mike Pompeo that Moscow used the OST to target critical infrastructure in the US and Europe.

“When the administration of [US President Donald] Trump […]  suddenly suggests that Russia has been using Open Skies aircraft to guide artillery and rocket fire, this causes great amusement in Moscow offices and headquarters", Ryabkov told Russia's Channel One late last week.

He explained that imaging equipment on board reconnaissance planes could not be adjusted to focus on targets, especially not with observers from the host nation present during a mission.

Ryabkov spoke after Russian Deputy Foreign Minister Alexander Grushko underlined that Moscow had not violated the treaty, stressing Russia’s complete compliance with all rights and obligations of the OST as long as it remains in force.

Earlier, the Russian Foreign Ministry warned that Moscow would not accept any ultimatums pertaining to the treaty and that it is determined to engage in dialogue based on equal terms.

The statement came after President Donald Trump announced last week that the US would pull out of the OST, accusing Moscow of violating the agreement, something that Russia has repeatedly rejected.

POTUS declared that Washington would exit the agreement "until they [Russia] adhere", adding that "there's a very good chance" the treaty could be renegotiated.

The Open Skies Treaty, which was inked in 1992 and entered force in 2002, stipulates implementing a programme of unarmed aerial surveillance flights over the entire territory of the 34 member states.